Monday Morning ‘MUG’ing: A little something for your sweet tooth

This week’s Monday Morning ‘MUG’ing is about the Sleeping Giant Biscotti Company.
Jan 4, 2021 8:07 AM By: Ayano Hodouchi-Dempsey 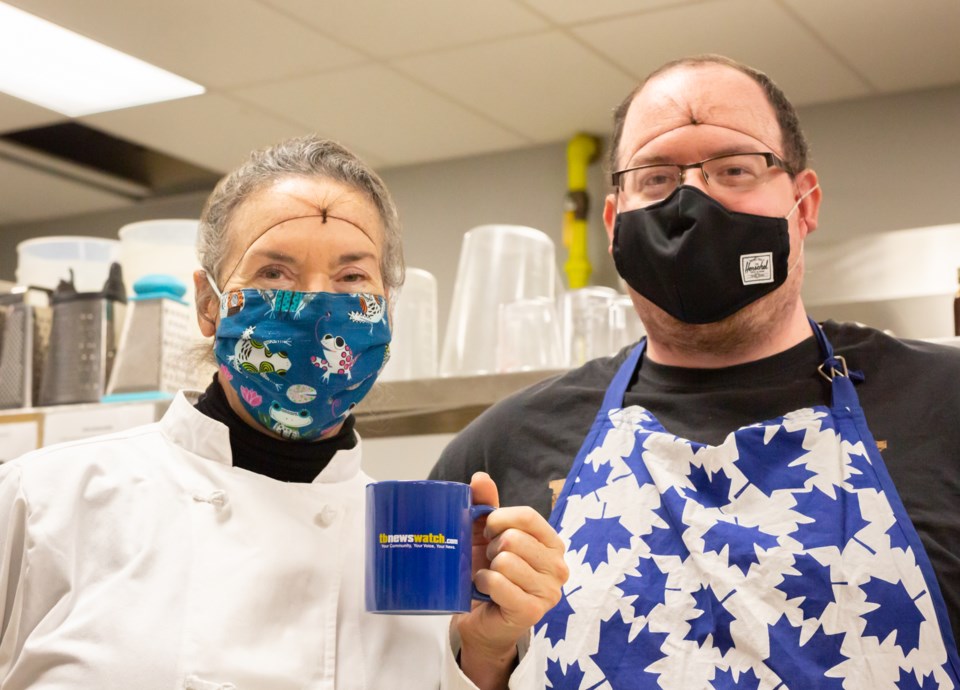 Mother and son duo Marianne Hobbs and Taylor Green launched the company late last year. Hobbs started baking biscotti a decade ago, when she made some for a friend. They were a great hit and she continued making them over the years.

In 2015, she decided to bake them for charity, raising $500 for the local hospital. The following year, Hobbs repeated her success, this time raising $1,100. Each year she donated the proceeds to a different department, and as the reputation of her “biscotti fundraiser” grew, so did her sales, and people began looking forward to the event.

Sadly, the fundraiser joined the list of good things cancelled by the pandemic in 2020. Seeing his mother disappointed, Green suggested to her that they could start a biscotti bakery. He had just been laid off due to the pandemic, and also had previous entrepreneurial experience, having operated a seasonal tourism business several years ago. He offered to take care of the marketing and business side of things, if she wanted to bake. For Hobbs, who doesn’t do social media, that seemed like a great idea.

Sleeping Giant Biscotti Company launched in early November 2020. Hobbs bakes out of the RFDA commercial kitchen, and the biscotti are sold online and through a few retailers in town such as Fresco’s Deli, International House of Tea, Bloomers and the Brownhouse, and Fox on the Run. Green promotes the business through social media, and does deliveries in town.

The new company offers eight core flavours plus several seasonal ones. Green comes up with a lot of the flavour ideas, though Hobbs is the one who does the recipe development. “I’m sort of a foodie myself,” he says. “But I have no idea how to translate my ideas into actual biscotti recipes.”

Green also came up with the logo. Proud of the business’s local origins, the logo prominently features the Sleeping Giant and the northern lights.

Over the holiday season, gift packs flew off the shelves. Ranging from $5 to $25, they are small and affordable; great if you want to get a little something for everybody in your office.

The two have something big coming in 2021 - Persian biscotti. “I once tried sending him [Green] Persians in the mail,” Hobbs laughs. “By the time they arrived, the pink frosting had melted and disappeared.”

“With biscotti, you could send them anywhere,” Green says. “They would make great gifts for family and friends who don’t live in Thunder Bay.”