Monday Morning ‘MUG’ing: As local as you can be

This week’s Monday Morning ‘MUG’ing talks to the Bridge Kitchen, a home-based bakery specializing in local food.
Feb 1, 2021 9:21 AM By: Ayano Hodouchi-Dempsey 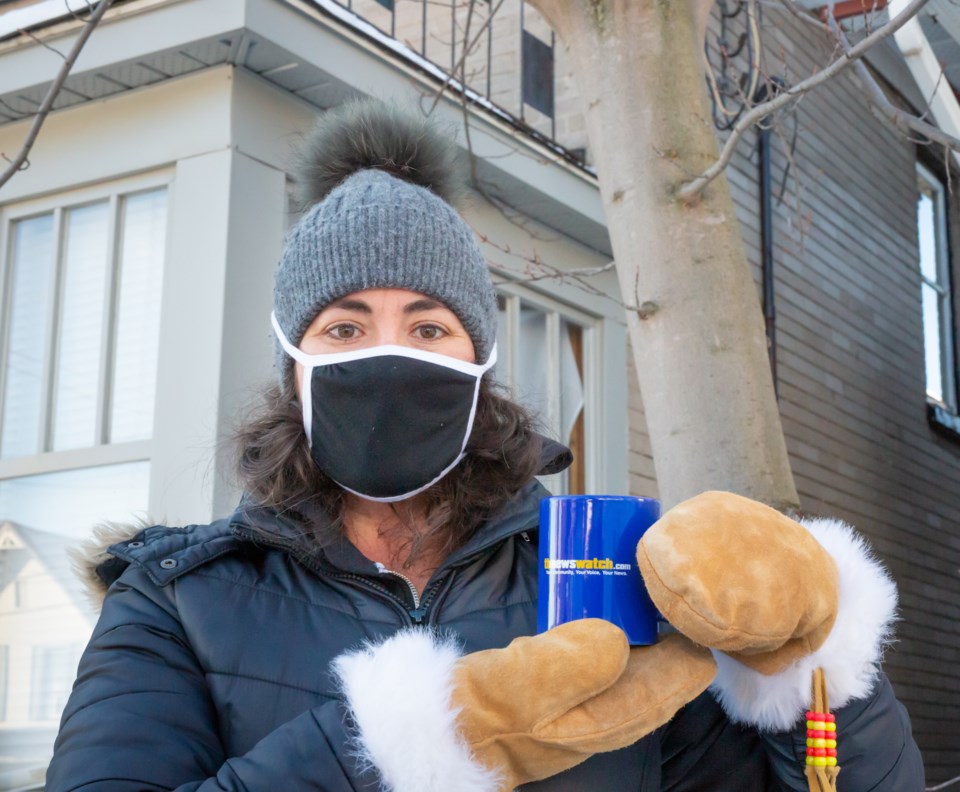 THUNDER BAY -- Thunder Bay loves its local producers, food and businesses, and the Bridge Kitchen is a home-based bakery that ticks all the boxes.

Anali Kazakos started the business in 2016 and shortly after, she decided that focusing on local was the way to go. “We have an incredible amount of local options,” she says.

She sells fresh-baked and ready-to-bake products from her home, and all of her baking uses partially-sifted flour from Brule Creek Farms. The menu changes frequently, depending on what’s in season, but spanakopita is a staple. Other than the phyllo pastry, everything is sourced locally.

“Roots to Harvest always has an abundance of kale and chard. In the fall I blanch and freeze as much as I can,” Kazakos says. “Last year I ran out in the spring. This year I processed 80 or 90 pounds.”

Kazakos posts the week’s menu on her website and takes orders until Thursday night, with pickup on Saturday at her house on Bay Street. Frozen goodies are also available through Superior Seasons’ website, and a limited number of baked ones are sold at the Cheese Encounter on Fridays.

Local businesses really came together during the pandemic to help each other out, Kazakos says. Breakfast, Lunch and Deener opened up their website to allow other local businesses to sell their products through their platform. Kazakos collaborated with Rose N Crantz for a “beans and brioche” deal, pairing a bag of locally roasted coffee with her mocha buns. While white flour disappeared off the shelves in the early spring, Jeff Burke of Brule Creek Farms kept on milling and delivering his flour. When yeast became scarce, Heather Mantis of Boreal Bakery found some and shared with fellow bakers.

“It was a wonderful community to be a part of,” says Kazakos.

In order to give back to the community, 10 per cent of the profits from one of the sweet buns goes to support a local charitable initiative. The Bridge Kitchen has been able to donate to Roots to Harvest, the Thunder Bay Therapeutic Riding Association and the Underground Gym so far, and is currently donating to the Faye Peterson House.

Kazakos believes COVID made people reconsider their shopping habits. “They understand the importance of supporting local,” she says.

Her business is in a good place now, she says, and she hopes to keep on doing what she loves. “There’s so many things changing in the world right now, I’d like to keep this consistent.”