This week’s Monday Morning ‘MUG’ing is about Pura Vida Farms, where vegetables are grown the old fashioned way.
Sep 21, 2020 9:11 AM By: Ayano Hodouchi-Dempsey 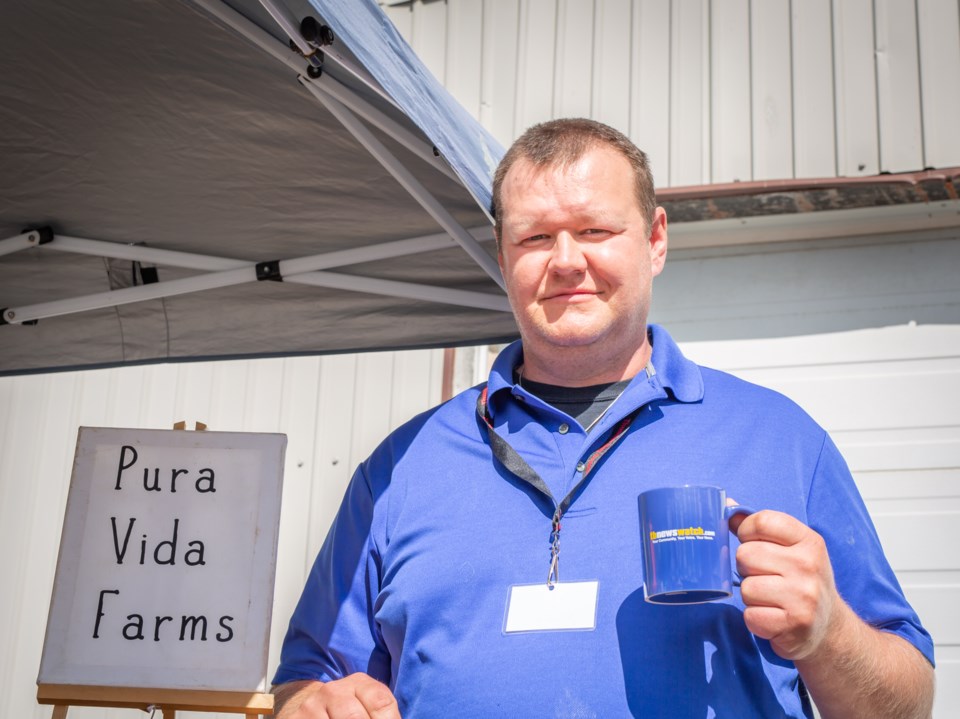 THUNDER BAY -- Kevin Hofland started farming more than a decade ago. At first it was a hobby farm, getting his feet wet and supplying a few restaurants. Eventually Hofland decided to take it to the next level, and he started selling at the Thunder Bay Country Market last year.

Pura Vida Farms now has three greenhouses (totalling more than 200 feet in length) and plans to start growing lettuce and other crops hydroponically later this year. He grows up to 20 different crops a year, but it took a while to figure out what works, he says. “I tried probably over a hundred different types of vegetables,” he recalls. “I went through seed catalogues and tried this, tried that, everything.”

He says he has had great success with cucumbers, corn, carrots, beets, lettuce and spinach, while crops that need longer frost-free days have struggled, such as okra, cantaloupe and some squash and pumpkin varieties.

Pura Vida Farms has a vegetable box program that doesn’t require a lengthy commitment and deposit upfront, like most CSA (community supported agriculture) boxes. A family box is $30 and a single box is $20, and they take orders through the farm’s Facebook page and email. Each box contains from eight to 10 different items, and Hofland tries to change it up every week. Orders received by Friday are ready for pickup at the market on Saturday.

Hofland says they have expanded a lot this year. “We’re probably three times the size compared to last year. There’s definitely a big demand for local produce,” he says.

The farm still supplies vegetables to a couple of restaurants in the area, such as the Metropolitan Moose by Kakabeka Falls and Bistro One in town. Hofland has started beekeeping as well, and hopes to have honey available in the near future. He also bought several dozen chicks, which he feeds with damaged produce from his farm, and they should start laying eggs in a few weeks.

Hofland believes in “old world techniques” for farming. “We have a tractor on our farm but haven’t started it up in two years,” he says. “It basically sits there and collects dust.” Instead, he uses a broad fork for turning the soil, then a hand cultivator to add organic matter to the top two or three inches. “We got lots of weeds in our garden, but that’s because we don’t spray chemicals,” he explains.

Making shopping local easier for the customer
Oct 13, 2020 7:54 AM
Comments
We welcome your feedback and encourage you to share your thoughts. We ask that you be respectful of others and their points of view, refrain from personal attacks and stay on topic. To learn about our commenting policies and how we moderate, please read our Community Guidelines.