Monday Morning ‘MUG’ing: In the family for almost half a century

This week’s Monday Morning “MUG’ing is about Maier Hardware, one of Thunder Bay’s oldest surviving businesses.
Mar 15, 2021 9:54 AM By: Ayano Hodouchi-Dempsey 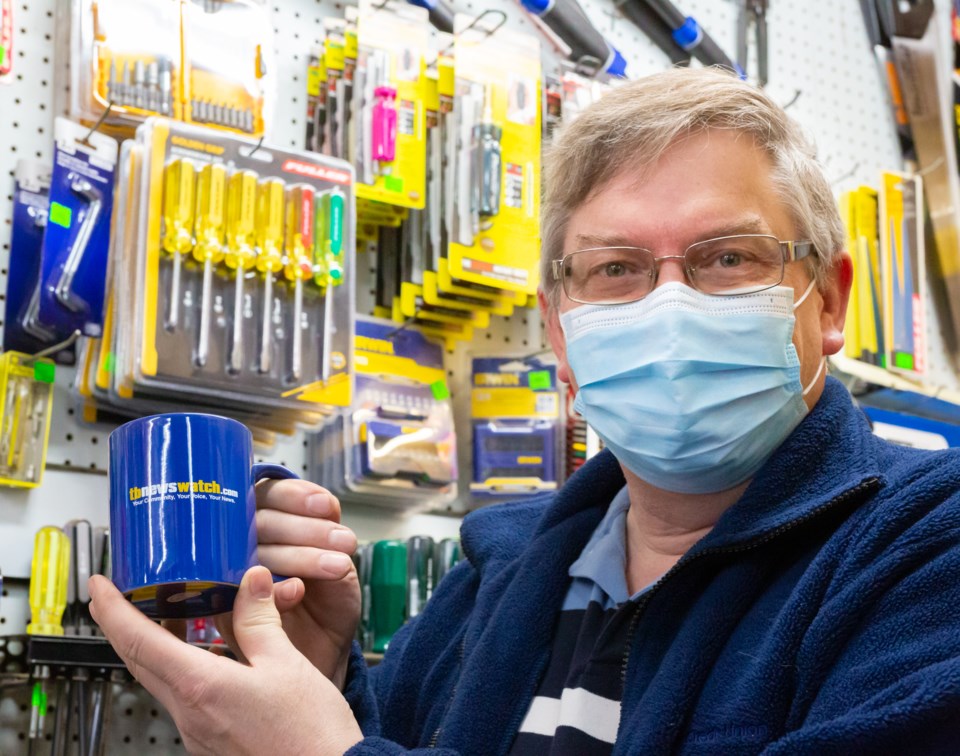 Dave Green has an old directory from 1970, when Port Arthur and Fort William were amalgamated into Thunder Bay. “Back then, there were 20 [locally-owned] hardware stores in the city,” says the owner of Maier Hardware. That number dwindled over the next half century, but Maier Hardware still stands

The business was established in 1907 as Barton and Fisher Hardware. Fred Maier purchased it in 1961, changing the name to Maier Hardware. Green’s father Charlie was in advertisement, and met Maier selling him advertising. He eventually decided to buy the hardware store in the early 70s, and when he retired, his sons took over, keeping the business in the family.

“My brother and I ran it for about 20 years, then my brother retired about 10 years ago, so it’s been me and my wife,” Green says. An old-school mom and pop hardware store, his daughter works at the Algoma Street location, while his son runs the Simpson Street location.

Owning a small local hardware store has been tough since the big box stores moved in, Green admits. “They take bites out of your business. It was a bit of a relief when Lowe’s left town.” Superior customer service is the reason they have survived for so long, he says. “During the lockdown, you could come here, call us from the parking lot, and we would bring you what you need in two minutes. At big box stores, the wait [for online orders] might be five days.”

The business owner says that nowadays, people repair less and buy things that are easier to throw out rather than fix. However, there is a steady stream of business from people who own camps in the area. Things like pumps and plumbing are prone to breaking down, and Maier Hardware also sells off-grid solar panels and batteries for camps and new builds in rural areas.

The business currently employs about 10 people. During the first two lockdowns, the Simpson Street location had to be closed, because there was no dedicated parking space available for customers to wait in. The Algoma Street location stayed open, and Green says he has seen a younger generation of customers discovering Maier Hardware.

The store carries everything from screws and tools to Finnish styrofoam toilet seats for outhouses. “We have what people ask for. We’ve crammed every square inch of it to make it fit. It’s not beautiful but it’s packed full of merchandise,” Green says.