This week’s Monday Morning MUGing focuses on Grooming by Becky, a dog grooming business on Cumberland.
Mar 4, 2019 8:54 AM By: Ayano Hodouchi-Dempsey 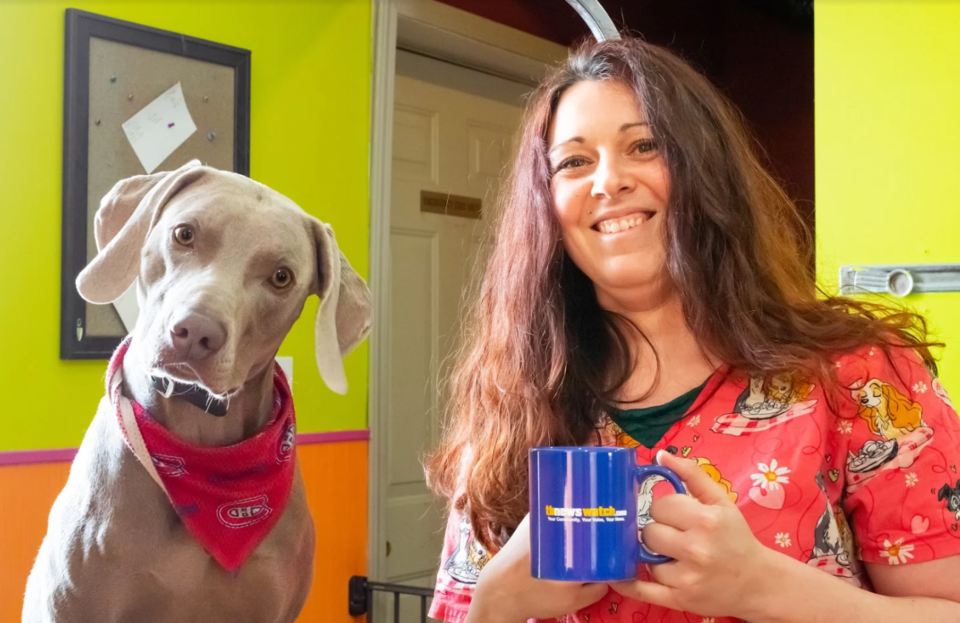 THUNDER BAY -- Groomer Becky Keighley originally wanted to be a K9 trainer. She took Police Foundations to become a police officer, but feeling that becoming a law enforcement officer wasn’t for her, she decided to study dog training instead. Once she got her certificate, she came back to Thunder Bay, looking for a job.

Back in 2002, dog training wasn’t really a thing - so she ended up getting what she thought was a temporary job bathing dogs for a dog grooming business. “I actually enjoyed the job, and slowly progressed to doing it (grooming) myself,” she recalls.

In 2007, she opened Grooming by Becky, providing shampooing, trimming, nail cuts and other grooming services to dogs small and large. (She does not do cats; “they’re way more unpredictable,” she says, and can be too much to handle by herself.) In 2015, she moved her salon to Cumberland Street, next to Bliss Restaurant and Catering, the raw vegan cafe.

For most canines, grooming isn’t on their list of favourite things to do. However, Keighley tries to ensure that the dogs don’t leave hating her and the experience by encouraging dog owners to just bring in their pooch first to meet her and be familiar with her salon. “And start young! Bring them in as a puppy,” she advises. Most owners seem to wait until their dog is fully grown before taking them to a groomer, but it’s actually much less stressful for a dog when they experience it as a puppy. “Also at home, I encourage people to touch their feet, brush them and get them used to hair dryer noises,” she adds.

Spring and summer are busy times for her, when many dogs start shedding massive clumps of fur. Frequent brushing at home helps, but some people find that unmanageable. Food can help, she says. “If a dog’s healthy on the inside, it’s healthy on the outside. And it doesn’t necessarily mean spending a lot on dog food; coconut oil is great for a healthy coat, and so is pumpkin - it’s good for digestion as well.”

“Do your research before getting a dog,” she warns. “A lot of people get labs thinking they won’t shed, but they do.” Doodles (Poodle mixes) are very popular now and many owners like the fluffy curly look, but opt for a shorter trim once they realize the nice pouffy fur is high maintenance.

Keighley’s clients range from small toy breeds to giant mastiffs weighing over 200 pounds. Biting is less of an occupational hazard than people think, she says, but dog hair all over the place comes with the job - which is one of the reasons why Keighley does not operate out of her own home, which is what a lot of dog groomers do to save on overhead. “I can vacuum everything when I leave, and in the morning when I come in, there’s still more; tufts everywhere. And it’s nice to be able to walk away from work, leave it behind at the end of the day,” she explains.

Keighley runs her business by herself for now, but she hopes to hire staff in the future to give herself time for some dream projects. “One of my goals is to do a rehab program with dogs; in the jails for example. I want to teach courses on grooming or training, so that people can learn skills they can use later. Also, dogs are not judging, so they’re therapeutic. That’s a future goal later in life for me.”