This week’s Monday Morning “MUG”ing is about, Compass Foods, a store that caters to a growing crowd of health-conscious people.
Mar 29, 2021 8:23 AM By: Ayano Hodouchi-Dempsey 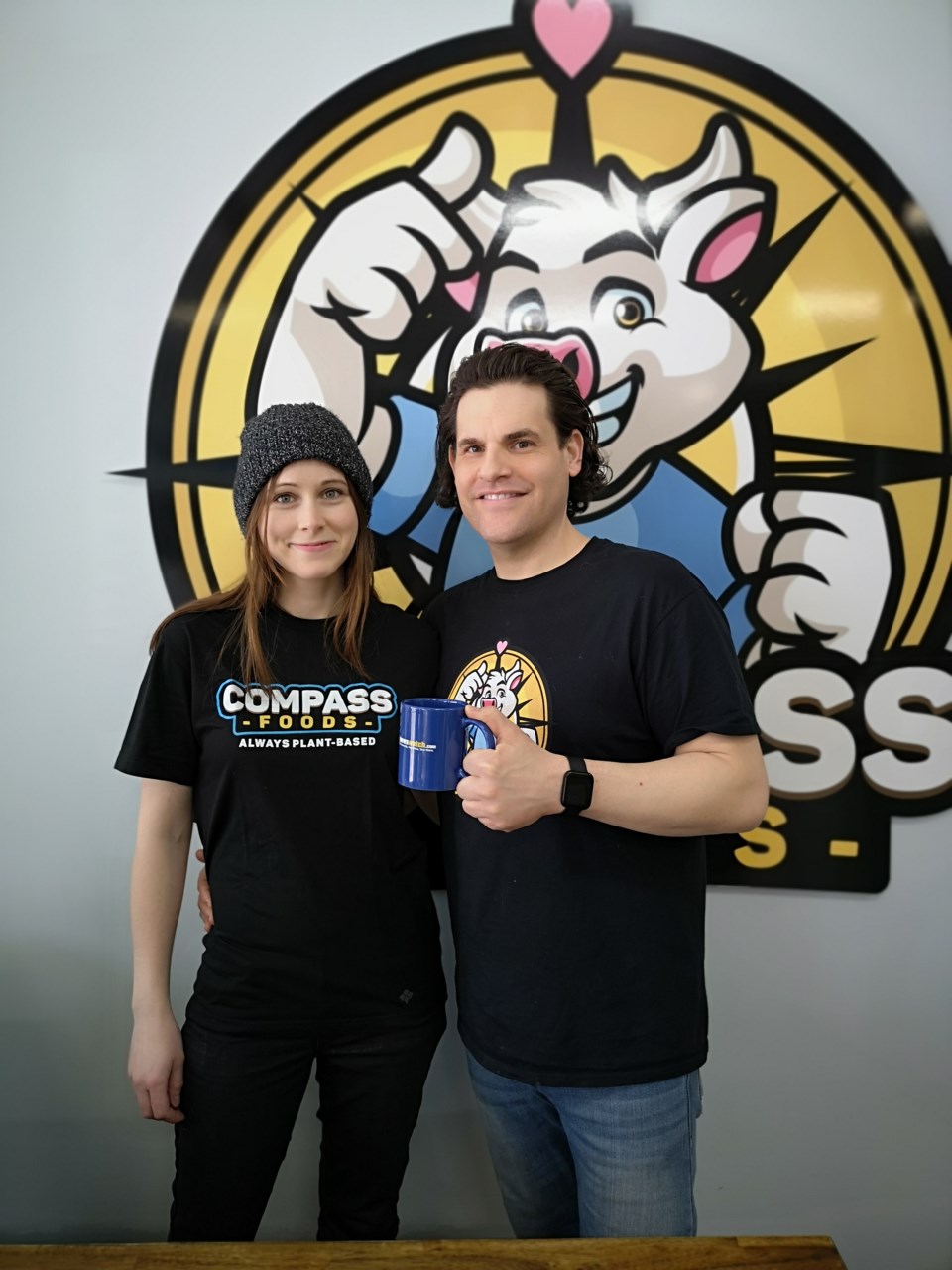 THUNDER BAY -- Sydney Schell and Sheldon Burt started their fully-vegan grocery store, Compass Foods, as an online store in April 2018 before opening their bricks and mortar location on 875 Tungsten Street a year later.

“We wanted to open a store that was convenient. We have freezer food, pizza that looks like a pizza, tastes like a pizza. Burritos. We pictured a 7-Eleven for vegans,” explains Burt.

Compass foods also carries Kosher food and gluten-free, dairy-free, and low-carb foods. You can find options appropriate for many allergies and dietary restrictions, including Keto and low-sodium.

Lately, they have expanded into more environmentally friendly products such as laundry detergent strips, disposable cutlery made with corn starch, and compostable cups and straws. They also carry a wide range of natural personal care products such as deodorant, shave cream (not canned shaving cream), sun screen and makeup.

The couple have done all the research, reading the labels on every product, so that customers can shop without reading the fine print. There are other stores in Thunder Bay where you can get vegan food, but Schell says shelves often have vegan and non-vegan foods side by side, making it difficult to make the right choice.

Schell has been vegetarian since she was 16 and later transitioned to veganism. When she and Burt met, he decided to become a vegan as well, and says it has been great for his health.

“When you go vegan, your food intake switches to a healthier selection,” he explains.

Since the pandemic hit, people have become more conscious about their health and are trying to adopt healthier lifestyles, Burt thinks. “We’ve had a hard time keeping tofu in stock in the last year,” he says. “Obviously people are buying it, because I don’t think the production has gone down. It’s just been selling a lot better.” In addition to being a healthier choice, plant-based proteins are also easier on the wallet, which might be another reason why more people are incorporating it into their diet.

Compass Foods has a comprehensive online store, with curbside pickup for local customers. They ship out of the city, but only dry goods at the moment. “We’d like to get into cold-shipping eventually,” adds Burt. He also hopes to start deliveries in the city.