This week’s Monday Morning ‘MUG’ing features the Squash Queen, a family-run farm in South Gillies.
Sep 14, 2020 11:19 AM By: Ayano Hodouchi-Dempsey 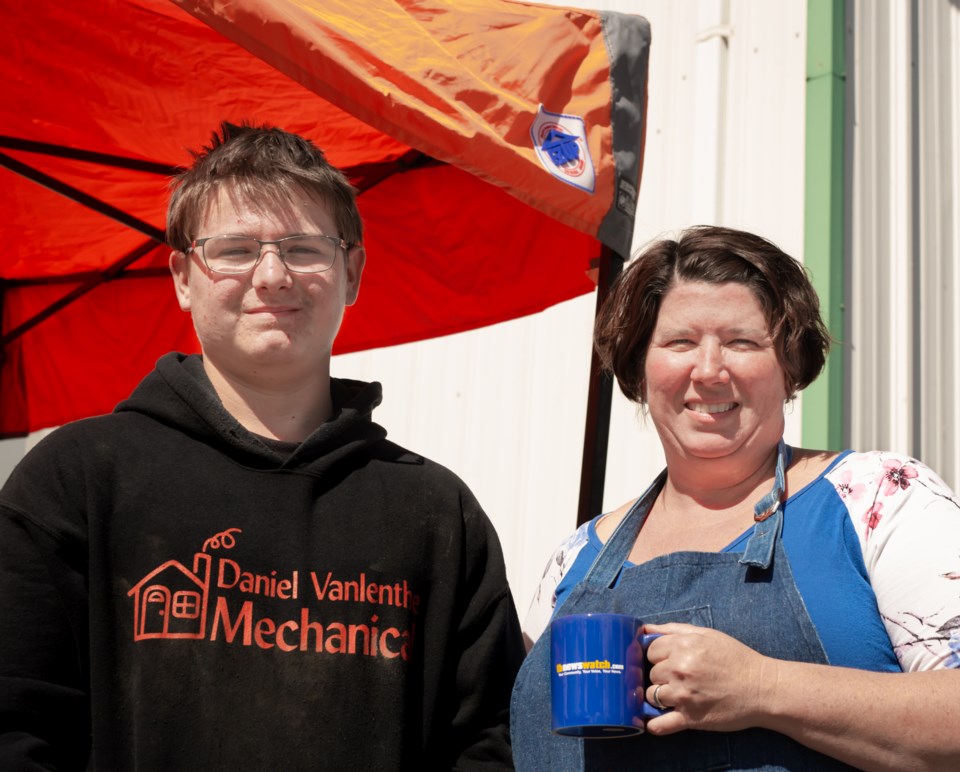 THUNDER BAY -- Shannon Vanlenthe has been coming to the Thunder Bay Country Market for 18 years.

A keen gardener, she had a market garden before she met her husband, Dan. He came from a family of dairy farmers, and when the two married, running a farm and raising a family there was a natural extension of their background and passions.

Based in South Gillies, the Squash Queen grows and sells, you’ve guessed it, squash and other vegetables, and has a greenhouse for growing and selling vegetable seedlings and bedding plants. “I just love growing flowers,” Shannon says.

The family also raises about 30 pigs a year, and they are now primarily under the care of 13-year-old Sam. In the past, they have sent their pork to Bogdala’s to be turned into hot dogs, but this year they opted not to, because COVID made everything so uncertain.

“It was crazy this year, but the customers were very supportive,” says Shannon. Because she does her seed ordering in October and starts some plants as early as mid February, they had a full supply of seeds before the suppliers began running out of seeds in the spring.

“Customers came early in the season. We usually have a slow start to the season, but this year they came early and we couldn’t catch up. It was exhausting,” she recalls. “We ended up selling out two weeks early. It was definitely the most stressful and emotionally demanding season we’ve ever had. But it was just amazing to have the nice support [of the customers,]” she says.

With cooler than average temperatures upon us now, Shannon says their season at the Thunder Bay Country Market is drawing to a close. “As soon as the frost comes, we will only have one more week,” she explains.

The couple has five children. The two oldest have been helping at the market since they were 10, and the other three were “born and raised at the market,” Shannon says. “They all helped pick squash growing up.”

The squash garden is under the care of her sons now, and Shannon hopes to grow more hot pepper varieties next year.

“We just really enjoy being a family farm and raising our kids in South Gillies,” she says. “They know the value of hard work and reap the rewards!”

Monday Morning ‘MUG’ing: Stepping up to help
Aug 31, 2020 11:21 AM
Comments
We welcome your feedback and encourage you to share your thoughts. We ask that you be respectful of others and their points of view, refrain from personal attacks and stay on topic. To learn about our commenting policies and how we moderate, please read our Community Guidelines.