This week’s Monday Morning ‘MUG’ing is about Matt Carr Repair, an electronics repair shop on Algoma.
Apr 20, 2020 9:00 AM By: Ayano Hodouchi-Dempsey 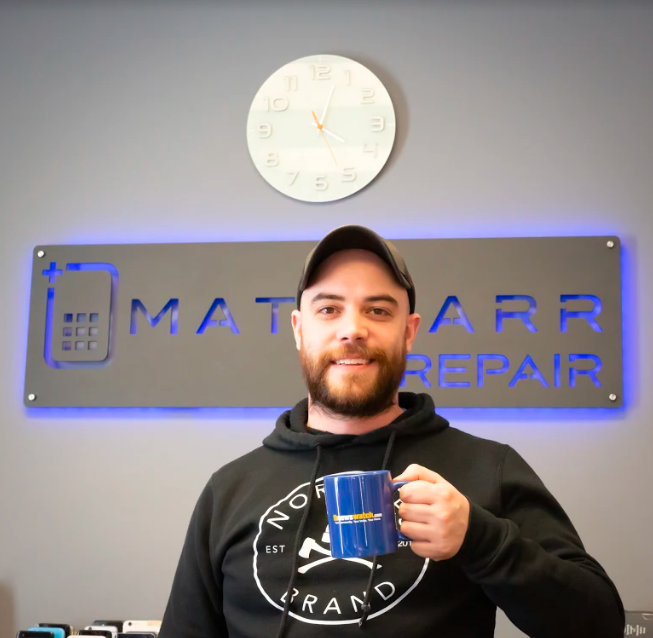 THUNDER BAY -- As a student at Lakehead University, Mattison Carr had a job at Future Shop (now Best Buy) doing what he was good at - fixing things. When he graduated and got his teaching license, he decided not to become a teacher. “I was too busy. Everyone I knew that was in teaching was supply teaching for seven years or so. I was busy enough fixing things, so I decided not to apply for substitute teaching.” In 2012 Carr quit his job at Future Shop and started Matt Carr Repair.

After about five years on Algoma Street (across from the Bean Fiend,) Carr was able to save enough to buy a building on the corner of John and Algoma last year. The new location, at 278 Algoma Street is much more spacious and still very accessible by both foot traffic and car traffic.

He can fix all sorts of cell phones, computers and tablets as well as gaming systems. He won’t fix TVs - mostly because large-screen TVs take up so much space. Matt Carr Repair isn’t an Apple authorized service provider, so they cannot fix products under warranty, but if the product is not covered by a warranty anymore, Carr can replace batteries, screens, buttons and troubleshoot most things.

“We do pretty much everything,” the business owner says. In addition to individuals bringing in their broken stuff, he has some corporate clients. He also sells smaller items such as headphones, portable speakers and various accessories for phones, tablets and computers.

When Carr started his business, “it was just me and one other place,” he recalls. Now there are more than 10 businesses offering similar services, but a reputation for good service and reasonable prices has kept him busy.

Carr says that as a business owner, you can’t underestimate the power of word of mouth in a small city like Thunder Bay. If a customer feels ripped off, other potential customers are sure to hear about it. He tries to charge people a fair price, and will price match “almost anything.”

“The biggest thing is doing your job right, and being honest about it,” he concludes.