This week’s Monday Morning ‘MUG’ing takes a look at HAGI, the Handicapped Action Group Incorporated.
Aug 31, 2020 11:21 AM By: Ayano Hodouchi-Dempsey 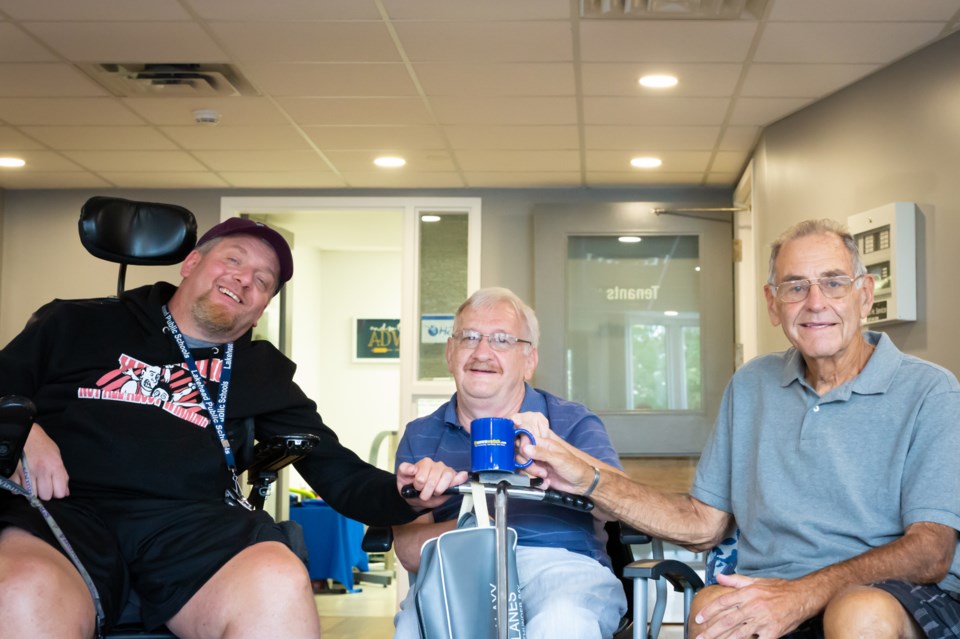 THUNDER BAY -- The Handicapped Action Group Incorporated, or HAGI as it is commonly known, has come a long way since its creation in the early 70s. What started as an advocacy group trying to improve the quality of life for people living with physical disabilities (back then, accessibility was not on the radar for most people) has come a long way.

The organization currently operates two apartment buildings that are fully accessible and have round-the-clock support care, as well as the Wilderness Discovery Centre, a summer camp site on Lake Shebandowan that it manages in partnership with a group of local service clubs.

Founded by volunteers (many with disabilities themselves,) the non-profit has been a major force for improving quality of life for people with disabilities. With only two full-time permanent employees and an intern, volunteers and fundraising are essential to HAGI.

One of its most popular fundraisers, HAGI TV Bingo will be starting again on Saturday, Sept. 12. Earlier this year, the COVID pandemic had the unexpected side effect of sold-out bingo tickets. For the first time since its start in 2004, bingo cards sold out every week in March, April and May.

“This year, starting in September, we have bumped up [the numbers of] each bingo game by a thousand sheets,” says bingo host and board member Gary Cooper. There will be 5,000 sheets available for the $3,000 game and 6,000 sheets for the monthly $5,000 games, sold at various local stores in the city and region.

“Saturday night became quite a family event, people would stop me on the street because they would recognize me,” Cooper says. “They would say, ‘we were playing bingo on Zoom; all the family and cousins!’ It brings families together.”

Over the decades, HAGI has created a transit system (now operated by the city and renamed Lift+) for people unable to use regular public transportation, supports accessible sporting and recreation programs, and advocates for people with physical disabilities. There is still more work to do, and they are always looking for volunteers and members.

Anyone who supports disability advocacy and inclusion can be a member, explains Membership Development Intern Michelle Vecchione. Having a larger membership helps the charitable organization apply for funding, and changes cannot be made without input from the community.

“To make change, we have to know what’s needed in the community and you need to hear from people who live here,” says Allan Buchan, treasurer of the board and former executive director of HAGI for 32 years. “There’s a younger generation of people with disabilities and we want to get them involved. There’s not enough housing, and it’s still difficult to get around.”

Lift+ has its limitations; users need to book a ride a week in advance by calling first thing in the morning. “If you have money for a cab that’s great, but for the majority of people that’s not possible,” says Ryley Hlady, another board member and a tenant at one of HAGI’s apartments. “There’s still lots of work to do around the city. The more people we have on board, the better - there’s strength in numbers.”

“As far as volunteers go, there’s always somebody that needs help,” says Cooper. “If somebody needs to go to a doctor’s appointment and somebody could step up and say, ‘hey, I can drive!’ That would be great.”

The accessible campsite is always in need of work and HAGI TV Bingo, which runs every Saturday from September to May, is also a big project to run.

“It’s a matter of stepping up and saying, ‘where can I fit in?’” Cooper says.