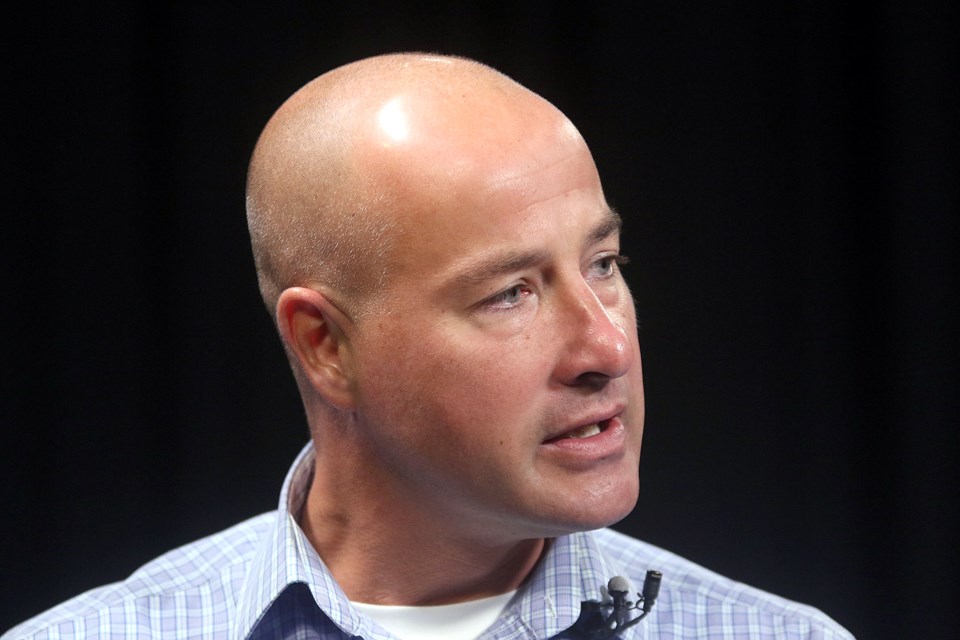 “I believe in its greatness and I think it can be great. I’m inspired by the kind of vibrancy there is out there in this city. And also, over the last number of years there’s a lot of work that’s started in the ward and in the city and a lot of that is good work and I want to continue it,” Foulds said.

“That being said, I think there is more work to be done. I’m really looking forward to sinking my teeth into a few new projects within the ward.”

That work starts with refurbishment of the Boulevard Lake dam, a project that’s been delayed multiple times as money is allocated elsewhere to pay for other projects, most recently work being done on the Main Street bridge.

“We’ve run into some frustrating road blocks that have delayed the project, but at the end of the day, I think the fact we’re going through this environmental assessment is a good thing because it’s going to make sure the dam reconstruction is done right.”

Foulds, 45, would also like to see the Boulevard Lake master plan completed, and at the city level, a top priority is to implement the recommendations from the Seven Youth Inquest as quickly as possible to avoid any future tragedies.

Foulds, who has run under the NDP banner both provincially and federally, said he’d like to see the city put more effort into preserving its parks.

Another citywide priority is to a better job attracting business to the community, adding he like to focus on companies with 10 to 40 workers, rather than solely going after big-ticket entities like a ferrochrome processor.

The municipal election is Oct. 22.

Fraser, Oliver oust long-time candidates in Neebing, Westfort (2 photos)
Oct 23, 2018 12:39 AM
Comments
We welcome your feedback and encourage you to share your thoughts. We ask that you be respectful of others and their points of view, refrain from personal attacks and stay on topic. To learn about our commenting policies and how we moderate, please read our Community Guidelines.