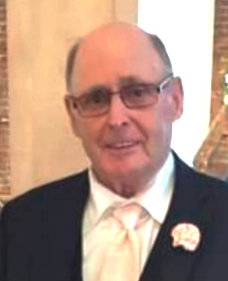 On Saturday, July 3rd, Albert (Bert) Thomas Vezeau Jr, age 82 years, a resident of Manitouwadge, ON went peacefully to his heavenly home with his beloved wife Jackie and family at his bedside.

Albert was born in Blind River on March 4, 1939, and grew up at Vezeau’s Corners in Parkinson Township with his cherished sisters Pauline and Mitzie.  In his early years Bert had a passion for speed and enjoyed racing cars and snowmobiles, where he won several races all over Ontario and Sault Michigan. Bert also loved when his daughters came to visit him at work, or take a drive to the Mill or up Uncle Les Beckerton’s Logging Road.  Eventually Bert moved to Manitouwadge in the early 90’s where he met the love of his life Jackie (Wade) Vezeau.  Together they raised Jordan and Adrianna.  Bert and Jordan enjoyed spending time together on haul trips to Terrace Bay while Adrianna always kept him on his toes.  Bert and Jackie recently celebrated 25 years together.  Many weekends were spent enjoying fishing and hunting with each other or alongside close friends and neighbours.  He also cherished the many trips to Newfoundland to visit Jackie’s family, especially the trip when he was “Screeched In.”  Bert was never afraid of work!! Bert could fix anything and loved working on engines of all kinds.  He was a skilled boilermaker, welder and heavy equipment operator, but his passion was becoming the “Graderman”.  Logging has always been a part of his life where he shared the same devotion with his son Brian as successful owner’s of Vezeau Haulage.

Bert is survived by:
His wife Jackie (Wade) Vezeau, sister Mitzie Vezeau-Robinson, brother in law Duncan Murphy, children Brian (Lee) Vezeau of Manitouwadge; Deborah Bossence of Penticton, BC; Brenda (Stephen) Patrick of Lively, ON; Suzanne (Cpt. John) Carlson of Phelpston, ON and Monique Vezeau-Barrie of Calgary, AB; step children Jordan (Courtney) Atkins of Manitouwadge and Adrianna (Pascal) Atkins of Hearst, ON.  He will be remembered as Grandpa by his cherished grandchildren Nathan, LeRhonda, Benjamin, Teri, Danielle, Marissa and as Poppa Bert to sweet little Marshall.  As well as his great-granddaughter Mackenzie and several nieces and nephews.

Bert is predeceased by:
His parents Albert Alfred Vezeau of Blind River and Myrtle Levinia Beckerton of Spanish.  His dear sister Pauline Murphy and brother in law John Vezeau-Robinson.

Special thanks to his brother-in-law Boyd (Terri) Wade, as well as close friends Timmy Lamour, Diane and Paddy Hogue and Steve Bulet for being wonderful longtime friends as well as too many others to mention.  A special note of thanks to the caring staff at Manitouwadge General Hospital, most notably Dr. O’Connor, Dr. Park, Dr. Foster and the nursing staff who tended to him in his final weeks. Thanks as well to Pastor Peter for his numerous hospital visits.

Last, but not least, he will be missed by his special fur babies, Mia and Misty.

As Bert would say “Keep your chin up, things can always get worse and probably will”

Cremation has taken place.  A celebration of life will be held on Saturday, July 24th, at 1 p.m. at Bethany Pentecostal Chapel in Manitouwadge.  Donations can be made to Autism Ontario (Thunder Bay District) or Manitouwadge General Hospital.