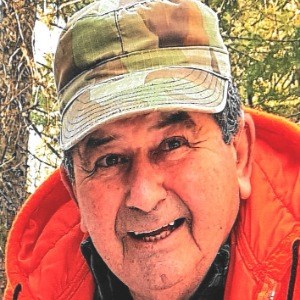 It is with great sadness and shock that the family announces the sudden passing of Andrew “Andy” Gernat on September 17, 2020.

Andy was born on January 14, 1943 in Upsala, Ontario and was educated there as well as attending High School in Sudbury. He was a proud life member of Local 628 Plumbers and Pipefitters Union as a pipe welder, working on many construction sites and for Trans-Canada Pipelines. As well, he was a life member of Loyal Order of Moose Lodge 947, member of Northwestern Trappers Association, Ontario Fur Managers Federation and Thunder Bay Trappers Council.

Andy enjoyed all “out of doors” activities including hunting, fishing, trapping, lots of scouting, and of course making trails to whatever “secret spot” that only the moose could find. Then sometimes he couldn’t find it later himself.

Andy and Diana lived on Onion Lake Road (Gorham) for 43 years and then moved to an apartment. Most of Andy’s time was spent at camp in Upsala.

Thank you to the “surveyors” who came to Andy’s assistance, Upsala Paramedics and especially the two very professional O.P.P. officers.

Funeral Services will be held at 11:00 a.m. on Wednesday, September 23, 2020 in the Chapel of Harbourview Funeral Centre, presided by Rev. Msgr. P. M. Stilla, V.G. Inurnment in Riverside Cemetery will follow the reception. Due to Covid 19 restrictions, family and close friends will attend by invitation only. Donations are gratefully declined, “just helping out someone you care about would be great”.

As directed by the Province of Ontario and the Bereavement Authority of Ontario, the attendance at the funeral is restricted to 30% capacity or less and a record of attendance must be maintained. Wearing of masks or face coverings by everyone and maintaining social distancing of 6 feet is mandatory for those attending the services.