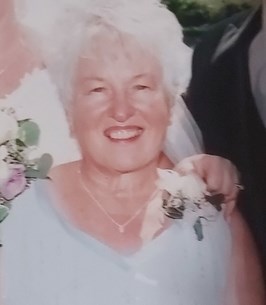 Mrs Ann Elizabeth Di Blasio (nee McMuldroch) passed away peacefully on Feb. 17, at the age of 75. Mom was the youngest of 5 siblings born in Thunder Bay married the love of her life Aldo in summer of 1965.

Mom and dad met while working together at Canada Safeway. Mom enjoyed the many trips to US and to one of many family camps in the Thunder Bay area including Silver Lake, Dog Lake and One Island Lake.

She also enjoyed the family home on Toledo street, where many bike rides and walks around Boulevard Lake continued until Aldo’s passing. They were blessed with two children who she was very proud of their accomplishments and who they have become today. Mom was always happy to see the grandchildren, enjoyed seeing them and found them entertaining.

Cremation has taken place and Private Family Services will be held at a later date. If friends so desire in lieu of flowers donations can be made to the Thunder Bay District Humane Society.