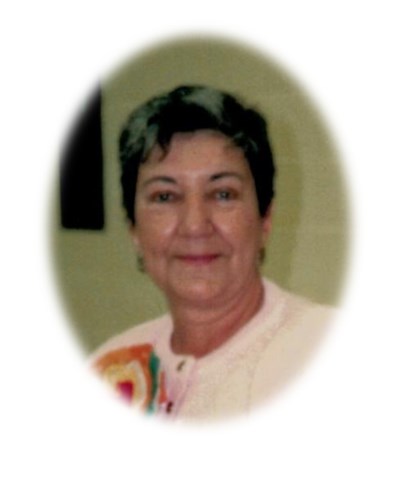 It is with heavy hearts we announce the peaceful passing of our dear mother, grandmother and sister Annette Conrad at Southbridge Pinewood home in Thunder Bay on October 12, 2020.

Annette was born on March 25, 1933, the daughter of Jenny and Paul Crispino in Fort William. She attended local schools and went on to a career in bookkeeping with a few local businesses where she made many lifelong friends. She married the love of her life John (Juksey) Conrad and together they had two daughters Linda and Sandy.

Besides being a vibrant career woman Annette's focus was always on her family. Entertaining the extended family in Annette's home was a tradition carried on from Grandma's house on Holly Crescent. Her Culinary skills were unsurpassed as she put on a belt busting meal fit for a king and did it with flair on numerous holiday occasions to the delight of 30 plus relatives' regular appearances.

Annette's favorites were her grandchildren; Wiley, Carter and Neil, Nona's eyes lit up every time she saw them. Weekends at Nona's were a special time for all the grand kids as they had all her love and attention all to themselves.

The family would like to thank the caregivers and staff at Pinewood Court for their exceptional care tending to mom over the years and a special thank you to Drs. Ruby and Steve Klassen, to all your care and compassion is greatly appreciated.

In lieu of flowers should you wish donations can be made to the charity of your choice in Annette's name. In accordance with Annette's wishes there will be no service offered. A private family interment will follow later.

Arrangements have been entrusted to Simpler Times Cremation Centre, 332 North May Street,Thunder Bay.