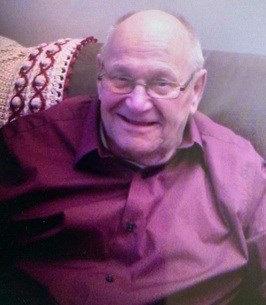 It is with heavy hearts that we announce the sudden and unexpected passing of Arnold Victor Johansson, aged 83, at the Thunder Bay Regional Health Sciences Centre on Wednesday the 31st of March 2021 as the result of Covid 19.

Arnold was born on the 10th of July, 1937 in rural Kamsack, Saskatchewan to Gustaf and Anna Johansson. Arnold was the second youngest of 6 siblings. After finishing grade school, he joined his father spending time on the family trap line. Moving to Thunder Bay in the late 50’s, Arnold met and married the love of his life, Sharon Diane (nee Young) on the 11th of November 1961.

He was employed with Abitibi prior to being married when he was hired by the airport for a year posting to Coral Harbour, Nunavut one month after being married. On return to Thunder Bay, he was offered employment with the Winnipeg International Airport where they resided for 10 yrs.

Arnold and Sharon became proud parents to two sons, Ken (1964) and Rob (1965). Once again his job took him away from his family for a six month term in Eureka, Nunavut. His job led him and his family to Thunder Bay in 1973 where they remained for his duration. He retired from the Thunder Bay International Airport with 35 yrs of service in 1995.

Arnold enjoyed time with his family, fixing cars or building things, spending time outdoors enjoying hunting, fishing and woodworking . He dedicated time with the cadet organization with his sons, driving into town ever week from the country to parade. Arnold was an active member of the Slovak Legion spending many hours playing darts with his friends. He also enjoyed spending time with his sister Sylvia and her husband Jerome Willie for countless hours of fun and card games.

Arnold was a devoted family man calling his brother Arvid and his sister Lenea who lived out west weekly to catch up on life’s news. Arnold was predeceased by his parents Gus and Anna, siblings Verda, Louise and Arvid, in laws Walter and Rose Young, nieces Brenda Johansson, Gerry Johansson, and Fran Johansson, nephews Will Johansson, and David Johansson.

He is survived by his loving wife Sharon Johansson and two sons, Ken Johansson (Lore) and family and Rob Johansson (Terri) and grandchildren, Kimberly and Kyle Johansson.

Many thanks to Dr. Bassouny and the staff of TBRHSC floor 3A for their wonderful care and compassion. In lieu of flowers, donations can be sent on behalf of Arnold to TBRHSC, the Canadian Diabetic Association or the Canadian Cancer Society of Thunder Bay. Cremation has taken place. There will be a celebration at a later date. Arrangements have been entrusted to Simpler Times Cremation Centre, 332 North May Street, Thunder Bay.