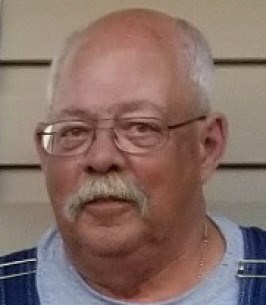 Brad passed away peacefully at the age 62 on September 2, 2019 at the Thunder Bay Regional Hospital, in Thunder Bay, Ontario with his family at his side.

Brad was born in Atikokan, Ontario on April 25, 1957 to Ralph and Edna Benjamin. Brad spent his younger years in Ear Falls and Dryden before finally moving to Thunder Bay to pursue further education in the Hospitality Industry.

Brad met the love of his life Sheila in Dryden, Ontario and stole her heart and the love of her beautiful two Children, Beth Anne and Shawna. Together they began their lives together. He also became a wonderful Cake Decorator and enjoyed making cakes for friends and family. Brad enjoyed the outdoors and had a passion for fishing and enjoyed it most with his best friend Grant. He enjoyed taking his niece Stacy and Dylan out to catch fish and watch them eat it for the first time. He reminisced about this until the time he passed. Brad also had a passion to have family meals on Sundays and often had family over for dinner. He had many memories with many cousins coming for dinner. He had such a helping hand to everyone who moved to Thunder Bay for school. He also enjoyed his Saturday shopping trips with his great friend Roger. On Friday nights Brad loved going to his Best friend’s Grant and Carmen’s - we would go as a family and have dinner and play cards. Brad also had a huge passion for the coffee shop. 1st it was Robin’s Donuts and then it became Tim Horton’s. Often, he would frequent them at 3 or 4 am in the morning and a few more times throughout the day. Brad also enjoyed going to hang out at the garage and visit with his other Best Friend Jimmy. Brad also enjoyed travelling throughout the United States. He enjoyed travel to Germany and Austria upon graduation of college. He also took a trip to Jamaica, and to his Brother Garth's in Steller Alberta.

Brad was predeceased by his Daughter Beth Anne, siblings Ronald and Daryll; his wonderful mother Edna; his Grandparents and many Aunts and Uncles.

An interment of ashes will be at a later date.

If desired memorial donations may be made in Brad's memory to Our Kids Count Thunder Bay, Ontario or Thunder Bay Regional Hospital Neo Natal Unit.