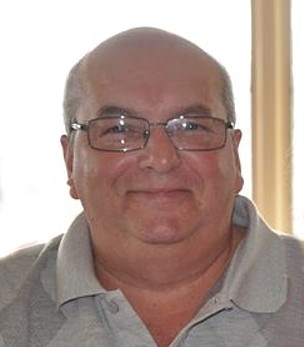 Cliff was born in Nipigon, ON on May 28, 1955. He grew up in Schreiber, ON, attending school and working on the CPR steel gang. On September 13, 1975, he married Cathy (nee Anderson) and shortly thereafter began their life together in Thunder Bay. Cliff worked as a welder, retiring from Coastal Steel in 2006.

Cliff enjoyed many sports and hobbies including Golf, Archery, Pool, Poker, Target Shooting and Woodworking. He spent many of his summer days on the golf course, he had a deep appreciation for the sport and shared his love of the game with his friends and family on several beautiful golf courses. He passed on his love of golf to his son Jason and thoroughly enjoyed many rounds with his good friend Bob Stoppel in the last few years. His family and friends have many of his custom made handcrafted wood projects to enjoy.

Family and friends were the most important to him, Cliff made friends easily. He always had a story to tell and was always up for a good debate. Many of these occurred with his breakfast friends.

He was predeceased by his father Lorenzo and father-in-law John Anderson.

Should friends so desire, donations made in memory of Cliff to the Canadian Diabetes Assc., or Heart and Stroke or the charity of your choice would be greatly appreciated.

Online condolences may be made through www.nwfainc.com