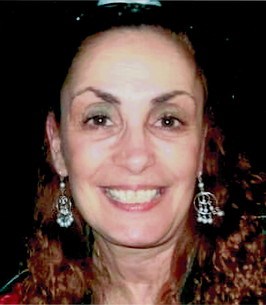 Mrs. Constance “Connie” Metcalf, age 64 years, passed away peacefully in St. Joseph's Hospice on Friday, September 6, 2019 with her family by her side.

Connie, affectionately known as “Cupcake”, was born on October 8, 1954 in Toronto. She arrived in Thunder Bay in 1976, first working at McDonalds, before starting her career as a Dietary Aid at Grandview Lodge. She met Larry Metcalf and they were married on October 2, 1981. Together, they started their family, raising and nurturing 2 boys, both of whom Connie was very proud of.

Connie was always very active and found joy in remaining lively. She enjoyed golfing with Larry, walking by herself or with friends, riding her bike when she could, playing pickle ball, and going to the pool with her “Pool Ladies” at Movati. She enjoyed taking Tai Chi for many years starting while her sons were taking martial arts and continued long after they had moved on. Connie was very involved with the church and was a longtime member of St. Patrick’s Cathedral volunteering with them whenever she could.

Connie was a strong, hardworking woman with a big heart and amazing personality, making friends wherever she went. She found great joy in remaining social and could be found going out for coffee, on her phone talking to relatives or close friends and attending activities that allowed her to be with or meet new friends. Connie put everyone before herself and gave everything for her family and friends. She will be deeply missed by all who knew her.

She was predeceased by her parents Joseph and Angelina; step-father Alex Gilmour and her sister Paula Durdle.

Funeral Services for the late Mrs. Connie Metcalf will be held on Friday, September 13, 2019 with family and friends gathering in St. Patrick's Cathedral for the Funeral Mass at 11:00am celebrated by Msgr. P.M. Stilla, V.G. Cremation will follow and interment will take place in Sunset Memorial Gardens at a later date. Visitation will be held on Thursday evening from 6:00pm until 8:00pm in the WESTFORT CHAPEL, 420 West Gore Street at James.

In lieu of flowers, donations made in memory of Connie to the Palliative Care Fund at Thunder Bay Regional Health Sciences Foundation would be greatly appreciated.