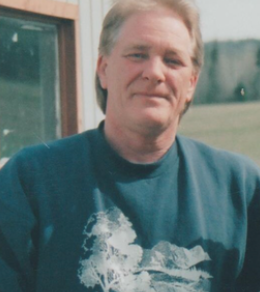 It is with great sadness to announce the sudden and unexpected passing of Daniel "Danny" Gammond on November 17, 2020.

Danny was born on January 8, 1952 in Fort William, Ontario. He was the eldest of three brothers and a sister. He grew up in Slate River and was a country boy at heart. In his early years he moved out west to beautiful British Columbia. When he returned to Thunder Bay he continued his career in heavy equipment and as welder by trade.

Predeceased by his parents, Lorne and Elise (McCluskey) Gammond and brother Glen Gammond.

Due to Covid-19 restrictions Interment and the service will be determined at a later date. If friends so desire, donations may be made in Danny’s honour at the Thunder Bay & District Humane Society at 1535 Rosslyn Rd.