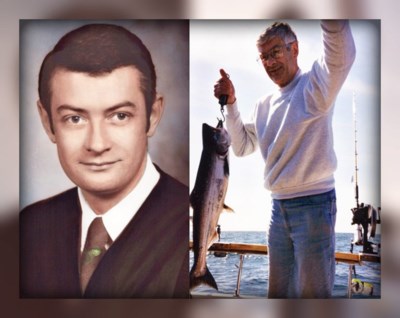 The world is a better place for David having lived in it. His life was dedicated to serving his community and family. As a young boy and teenager, he spent his summers in Sioux Lookout where his father was stationed as a bush pilot with Lands and Forests Ontario. Nothing made him happier than fishing the English River and many other Ontario lakes and rivers. He was a passionate outdoorsman and further found solace on his boat, April Love, a name chosen for his bride Marlene, a favourite song by Pat Boone. His love of flying was borne out of watching and flying with his father George. He spent many hours in the air, and often said that the whirr of a DeHaviland Beaver made his heart skip a beat. He is a founding member of the BushPlane Heritage Centre. He was  a private and commercial pilot, even building his own Coot amphibian plane, and took it all the way to OshKosh, Wisconsin. He frequently flew out of Bar River, Ontario. His love of flying transferred to his involvement  with the 155 Borden Gray GC air cadet squadron. Lieutenant David Trussler was with the 155 air cadet squadron from 1974 – 1981, and was part of a small group of people that were instrumental in bringing the flying scholarship programme to the Air Cadet Squadron. They even purchased a 172 Cessna Skyhawk for the cadets to have flying lessons.

David was a graduate of Lake Superior State University and earned his Bachelor of Science in Business Administration.

He was employed by Algoma Steel Corp in Industrial Engineering and later in Labour Relations. Upon his retirement after 37 years, he became involved with the Corps of Commissionaires, Federal Government of Canada, eventually becoming Area Manager, a career that he continued with until 2017. He was involved in the construction and design of three family homes, including the present family home, and was skilled in carpentry and electrical  work. He was happiest when he was completing  a project, and was ready for the next challenge.

His favourite family getaways were Clearwater Florida, Whiskey Bay (St. Joseph island) for fishing and camping and Traverse City Michigan, in part because he could ‘work’ in a round of golf.
Whatever David took on, he did it with verve. He left an indelible mark on the world, and he will be missed each and every day.