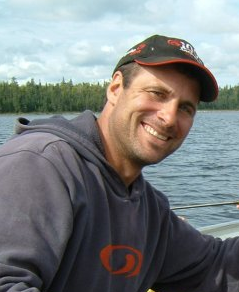 It is with profound sadness that we announce the passing of Eric Ernsting, age 51, on Sunday, March 28, 2021.

Eric was born May 5th, 1969 in Port Arthur, Ontario, Canada. He graduated from Hammarskjold High school followed by a career at Synergy North (Thunder Bay Hydro) as a Power Line Technician. He was so devoted to his job and his fellow co-workers felt like family to him. He will be missed by them all.

He was loved by so many friends and his family. Eric was the first person to help with any type of home renovation, car repair and was always available to trouble-shoot and help family and friends in need. Eric, his father Ingo and his brother Ryan would often work together repairing equipment and vehicles and he was brilliant at finding solutions and loved working hand-in-hand with his family.

Eric also loved his outdoor sport. Eric could be found at the track during summer months taking his son Andrew dirt biking and was so proud of Andrew’s success within the Superior Dirt Riders Club. He was sometimes known to ride himself and also enjoyed snowmobiling, fishing, and other outdoor activities.

Eric had a friendly demeanor, and incredible heart. He touched so many people’s lives along his journey of life that his absence is and will be felt by so many.

Due to restrictions, a service will not be held at this time, however a celebration of Eric’s life will be held at a later date. Online condolences may be made at www.sargentandson.com.