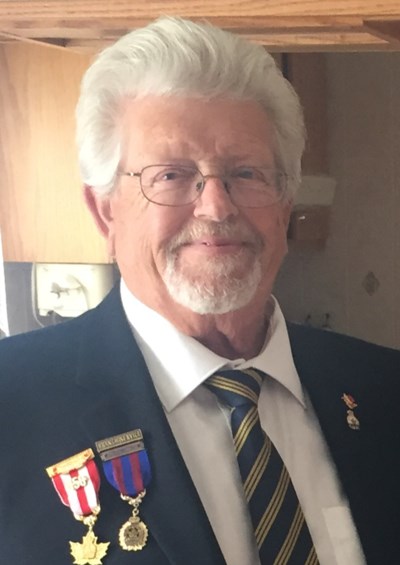 It is with heavy hearts, that the family of Eric Leat, age 82, announces his passing on May 12, 2020. Marian and Mandy were with Eric when he passed in hospice at St. Joseph’s Hospital.

Eric was born in Stoke-on-Trent, England and immigrated to Canada in 1966 with his wife and children. Prior to this Eric was a coal miner for 15 years, working one mile underground obtaining his Mining Engineering Certification. Once in Canada he became a Certified Engineering Technologist, working in the construction field until his retirement. Eric was involved with the construction of many buildings and projects within the City of Thunder Bay and region as well as working for 20 years in remote First Nation Communities. Eric was a self-made man and always said “I did it my way”.

Eric is survived by his wife of 64 years, Marian; daughters Mandy Bruyere (Gary) and Julie Leat-Seguin as well as his grandchildren Ashley and Krystle Leat-Seguin and great grandson, Colton Seguin. He is also survived by extended family in England. Eric was predeceased by his daughter Caroline.

Eric took great pride being involved in the Legion, assisting veterans and with the poppy campaign. He loved going to camp in the summer with Marian, Mandy and Gary and riding around on his Pontoon Boat and Quad. He enjoyed working on his projects and tinkering around, and was the president of the Lakehead Amateur Hockey League in the 1970’s. Eric loved fly-fishing in the Dales in England with his brother-in-law, and fishing with his friends in Thunder Bay, taking regular trips to Washington Island. Eric and Marian loved traveling and often went back to England to see family (most recently at Christmas in 2018) and Arizona to their niece and nephew. Eric had a great sense of humour and loved telling stories from his multiple experiences in life, always making everyone laugh.

The family would like to thank the Hospice Team at St. Joseph’s Hospital who took exceptional care of him, showing Eric great care and compassion. Thank you as well to the in-home nursing staff of Paramedics and Linda Roussel and the Home Care Team.

Due to the current COID-19 situation, a celebration of life will occur at a later date. In lieu of flowers, the family requests donations to the Northern Cancer Fund (payable to TBRHSF).