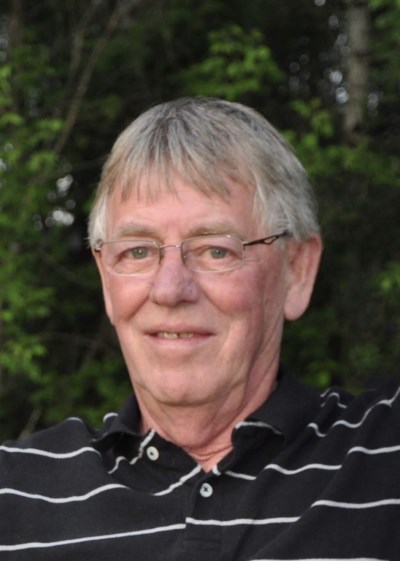 With heavy hearts, we announce the passing of Gary Herbert Kernaghan. He passed peacefully, at age 76, surrounded by family at St Joseph's Hospice on August 26th, 2020. Gary was born and raised in Thunder Bay, ON, where he grew up in his family home on Norah St. with his loving parents Herbert and Gertrude Kernaghan and his three sisters.

Gary started his career at the Thunder Bay Elevators, went onto Thunder Bay Salvaged, before returning to the Elevators. He became a journey electrician with United Grain Growers and retired with Agricore United, making many lifelong friends along the way. Gary loved to tinker, taking things apart to fix them, the successful family handyman.

He held such love for Lake Shebandowan, his happy place. What began as a small houseboat built by hand, led to the meeting of a good friend, Danny Elmore. Together, they built two larger houseboats and continued to live the Shebandowan dream; jet boating, seadooing, and spearheading crazy shenanigans alongside beloved friends and family. Simultaneously, he raised two daughters and four granddaughters, sharing his love of cruising on the lake with them, making unforgettable memories cherished by all. He enjoyed his time teaching his son-in-law and granddaughters about all this lifestyle had to offer, from navigating the lake, to fishing, to 'the art of getting wet and becoming ill while slowly going nowhere at a great expense.' Gary's arrival at the lake was famously announced by the sound of his hound dog howling in the distance. Gary truly loved his coonhounds, and they remained his loyal companions throughout his life.

Moments on the lake were spent with unbelievable stories of his youth and life, great laughs, and better food. His last moments at Shebandowan were spent doing what he loved most, cruising down the lake on his boat surrounded by his big family, in what is referred to as the 'best family reunion ever' by all who attended.

He had a unique and memorable relationship with everyone he met and touched more lives than he'll ever know. With an unmatched sense of humour and personality, he was a great father, papa, brother, uncle, and friend. Always lending a helping hand to those in need and will be missed dearly by his friends and family.

Gary was predeceased by his father, Herbert Kernaghan and his mother, Gertrude Kernaghan.

He is survived by his children Cary Keast and Caralyn Kernaghan (Lee Skinner), as well as his grandchildren Kailie Kernaghan-Keast (Chris Waltner), Sydney Keast, Kristie Kernaghan (Jordan Croves), and Sarah Skinner. His sisters, Greer Mallon (Jack), Donna Allam (Dennis), and Lorraine Cano (Jim). In addition to his many nieces and nephews, who played a big role in his life.

Many thanks to Dr. Margaret Woods, Dr. Kevin Miller, Dr. Olga Kisselgoff and the nurses at TBRHSC and St. Joseph's Care Group that took such loving care of Gary over the years and in during his final days.

In accordance with Gary's wishes, cremation has taken place, and a private family celebration of life will be held.