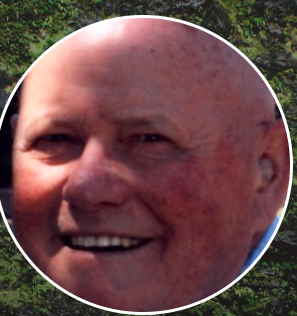 It is with deep sadness and sorrow that we announce the passing of our husband, father, grandfather and great grandfather.

Georg was born in Kakasd Hungary where he lived until he was 15 years old. From there he was transported to East Germany with other members of his family. After working as forced labour in an underground tin mine for 2 ½ years he was able to escape from the Russians and he made his way to West Germany where he reunited with other family members.

While in Langenau West Germany he met the love of his life Maria Haas. They were married in 1952 and their son was born there. In 1954 they immigrated to Canada by boat for 12 days. They landed in Quebec City and from there they came by train to Fort William.

After numerous labour jobs he was hired by National Grain (now Cargill Grain) in 1957 at which time he started working as a millwright until his retirement in 1996 at the age of 63.

In retirement he enjoyed travelling out west to visit his daughter and grandchildren. He also enjoyed fishing out at Shebandowan to be with his son and his family. He was always available to help out family and friends in any way possible.

After numerous strokes he became a resident of Pinewood Court where he was well taken care of by Dr. Ruby Klassen and loved by the exceptional staff of the Sandpiper unit. He was loved by all because of his jovial nature.

Papa liked to whistle when he was younger and he also played the harmonica. Our papa was a man of many skills who could fix almost anything mechanical or structural.

He was predeceased by his parents, one sister Theresa, two brothers Michael and John (Hans) and his son-in-law John.

He is survived by his loving and devoted wife of 68 years, his son Georg (Maureen), his daughter Irene, grandchildren Tim (Michelle), Jesse (Angela) and Miya (Ryan) as well as his great grandchildren Kaydence, Quinn, Lily, Emmett and Taiven.

He is also survived by relatives in Canada, Germany and Switzerland.

Cremation has taken place and due to the Covid restrictions a family graveside service will be held.

Donations may made in Georg’s memory to the Heart & Stroke Foundation.