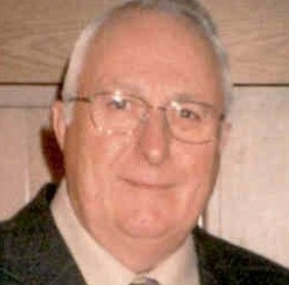 Mr. George Edward Ward, age 81 years, a resident of Thunder Bay, ON, passed away peacefully on October 3, 2019 with his youngest son at his side at St Joseph’s Hospital after a brief but courageous battle with cancer.

George was born in Fort William, ON oldest son of Mr. and Mrs. Henry and Winnifred Ward on April 27, 1938. George was the oldest of three brothers whom he always held in high regard. George’s childhood was much like any other child’s. He was known to get into his fair share of trouble but always tended to manage to come out of it smelling like a rose somehow. By the time he was in his mid-twenties, George had established himself with the Ministry of Transportation Ontario. He found the love of his life Eini Anita Lillian Taipalus and on August 24, 1963 they were married and began their life together. George worked from the ground up at MTO. Throughout his years, he established many of the Hwy Maintenance practices that are currently in use to this day. He, being a no-nonsense type A personality, advanced with the MTO at a reasonable pace and upon retirement, had a total of 35 years’ service, George retiring as the Maintenance Coordinator for the entire Thunder Bay district 19. One of his fondest memories of his working career was the formation of his day Labour crew 99. He spoke often of the men and women who formed this crew and to the day of his death was still close to many of them. On many occasions, George was sent to Toronto for additional training and courses. One such course led to several more which ultimately led him to be a certified blaster, enabling him to train additional staff in the use of explosives. This gave him great pride and who wouldn’t want to play with what he called CIL Wobblers? Once hooked on the big bang, there was no going back.

Upon George’s retirement, it became clear to him and the love of his life Eini, that these Canadian winters could no longer be tolerated and off they went looking for a winter retreat. The two of them settled on Caliente Casa De Sol in Florence, Arizona. Here they retreated each winter for approximately twenty years to avoid the cold northern winters. They created many new bonds with couples from all around the States and of course, many other Canadian snowbirds.

Summers kept him (them) busy out at the summer cottage on Polly Lake where they both enjoyed gardening, entertaining friends and admiring the many types of birds that the local area provided. But their joy was with the abundance of Hummingbirds that frequented their 20 plus feeders.

George had many hobbies and activities that he enjoyed throughout the years. When his boys were young, he was their Cub and Scout Leader at the 8th Port Arthur branch. He enjoyed photography and always enjoyed going into the dark room to develop black and white film and photos with both his sons, George was a devoted Christian and spent numerous hours at his church, Epiphany Lutheran. In his younger days, he was involved with the youth group and numerous other conventions and church events. He was also an elder of the church up until recently when it became difficult to attend services. Yet nothing could crush his faith and upon his passing he was still strong in his faith. His ultimate hobby was cooking. In the kitchen, there was nothing George wouldn’t try to make. He created numerous dishes that to this day he could never recreate.

George was predeceased by his parents Henry and Winnifred Ward, his brother Sydney, his in-laws Toumas and Lilian Taipalus, and his first-born son Michael Allan. George will forever be in our hearts and will never be forgotten.

Services to celebrate the life of George will be held on Saturday, October 12, 2019 at 11:00 a.m. in the Chapel of Harbourview Funeral Centre presided by Pastor Steve Bartlett. Visitation for family and friends will begin one hour prior to the service.

If friends so desire, expressions of sympathy may be made to the Canadian Cancer Society.