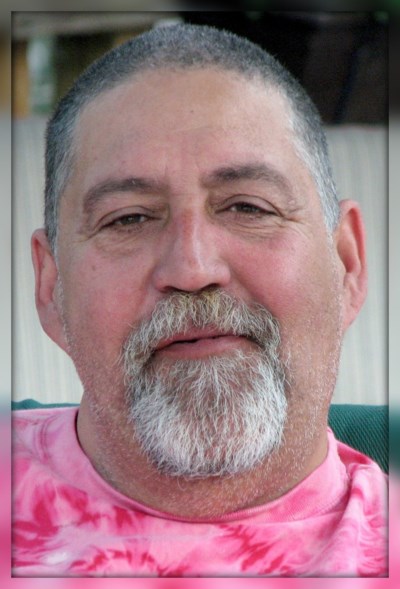 On the 29 April 2021 after a hard decision, he has ended the fight on his terms and is at peace. He and Barb (Neuert), his soulmate and forever love since their high school days were married 14 July 1973. Through life’s highs and lows they were together for just shy of 48 years. Glen lived life to its fullest. He was extremely proud of his two sons Carver (Jacqueline) and Cameron (Nicole).
Born on 11 July 1953 Glen grew up on the Fort William First Nation outside of Thunder Bay where everyone knew him as “Soncho”. He was the eldest son of the late Moses “Chubby” and Marie Bannon. He was a big presence in life to his brother Dan Bannon (Evelyn) and sister Myra Bannon (Gerald) both of the Fort William First Nation. Soncho is remembered by his mother-in-law Arvis Neuert (late Bill Neuert) (late Peter McKinley). He was best friends with his brother-in-law John Neuert (Elva) of Winnipeg and his late sister-in-law Bobbie Durno (Lindsay of Atikokan). Numerous nieces and nephews will always remember the outings with their Uncle Soncho. He always took everyone on the greatest adventures.
In May 1976 Glen started his policing career as a First Nation Special Constable with the OPP in Thunder Bay. He excelled and loved his work. As a police officer in his own First Nation community he was a role model and mentor for many of the youth.  As First Nation Policing became more independent from the OPP he became Sargent at the Fort William First Nation detachment. He was seconded for two years by Northern College in Moosonee to teach Police Foundations. He also was involved in a very successful undercover operation. In 1994 he was chosen as Police Chief for the newly formed, standalone Anishinabek Police Service headquartered on Garden River First Nation. This brought his family from the Fort William First Nation to settle and live in Echo Bay.  Initially the APS was responsible for policing on four First Nations. Under Glen’s guidance this grew to over 20 First Nations throughout Ontario. He was instrumental for everything the fledgling police service needed to begin operating. From policies and procedures, uniforms, up-to-date equipment, vehicles, hiring personnel, acquiring a building for the headquarters, every little detail - he pulled it all together.  He went on from policing to start his own insulation company until health issues forced him to retire.
Glen was an accomplished musician playing violin in the Thunder Bay Youth Orchestra in his teenage years. He started playing his guitar again and loved getting together with his music buddies singing all the good old songs. We are sure they will miss his voice in their jam sessions.
His greatest joy was his family and seeing his two sons grow into the fine young men they are today. He always enjoyed meeting their friends who came to hang out in the Bannon garage. Family and friends will miss his dinner parties that always featured too much food. He was a huge presence in life – you knew when Glen was in the room.
In keeping with Glen’s wishes, cremation has occurred. There will be a Celebration of Glen’s life at a later date when we can all get together.
Our family would like to thank Doctors Berry and Shaifee and all the people who make the SAH Renal Unit so incredible. Everyone there does a tremendous job helping those who need this life saving program. We also want to thank all the wonderful doctors, nurses, support staff, porters, foodservice, everyone we came in contact with on the units where we spent so much time these last 2 years. These are amazing, caring people. We love and respect each and every one.
Donations to the SAH Renal Care Fund or any charity of your choice would be appreciated. Arrangements entrusted to Northwood Funeral Home Cremation and Reception Centre (942 Great Northern Rd, Sault Ste. Marie, ON P6B 0B6). www.northwoodfuneral.com
Well my home town’s coming in sight
And if you think I’m happy you’re right
Six days on the road and I’m gonna make it home tonight
(E. Green)