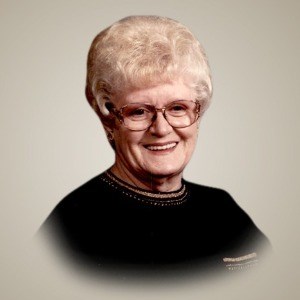 The family of Helen Hietala (nee Kelly) are saddened to announce her passing on Wednesday, July 22, 2020 at age 91.

Helen was born August 7, 1928 in Fort William, Ontario, the only daughter of six children to Frank and Edith Kelly.

She leaves to cherish her memory, her son Gerry Gagnon; brothers Patrick Kelly (Rosemary) and Larry (Gay); special niece Colleen Kelly who was like her own daughter and Colleen’s 3 daughters Danna, Katie, Kelly, who were like her own grandchildren; sister-in-law Mary Kelly (Duncan B.C.); special cousin Martin Skillen; numerous nieces and nephews. She was predeceased by the love of her life, Lauri Hietala (2004); brother Jack; sister-in-law Peggy, and brothers Rev. Gerald Kelly (SFM) and Frank (Duncan B.C.).

Auntie enjoyed shopping, lunches/evenings with her friends Lorraine, Rosa, Susan, Bev, Bonnie and her special times with dear friends Caesar and Teresa Squitti, Kadie (Chadwick) as well as fave cousin Martin. She also enjoyed frequent visits from her niece Joanne (Wehrstedt). Many a Friday or Saturday night were spent at her Auntie Marg’s (Skillen) with her mother Edith and Doris (Otway) or cruising in her Pontiac in her late 70’s till 2:00 in the morning with Rod Stewart blasting!

Helen had a special relationship with her baby brother Larry and her sister-in-law Gay (known as “Duck’s” to Auntie) who made sure she was “well supplied” with chocolate, chips and Diet Pepsi while residing in Hogarth. She enjoyed her nightly calls with her son Gerry and always made sure he had everything he needed. She was the craziest, funniest aunt and sister anyone would ever want! You will be dearly missed “Possum”!

The family would like to thank the AMAZING staff of 6 South at Hogarth Riverview Manor, especially her favourite guy “Nick”, for taking such good care of Helen. I’m sure she left the staff chuckling a few times! Thank you Shirly (Maki) for Auntie’s weekly hairdos which she looked so forward to!

A very special thank you to Monsignor Stilla, Martin Skillen for the readings, the pallbearers and the compassionate staff of Harbourview Funeral Centre.

A private Funeral Service will be held on Tuesday, July 28, 2020 in the Chapel of Harbourview Funeral Centre presided by Rev. Msgr. P.M. Stilla, V.G. Due to Covid 19 restrictions, family and close friends will attend by invitation only. Private interment will take place at St. Andrews Cemetery.

As directed by the Province of Ontario and the Bereavement Authority of Ontario, the attendance at the funeral is restricted to 30% capacity or less and a record of attendance must be maintained. Wearing of masks or face coverings by everyone and maintaining social distancing of 6 feet is mandatory for those attending the services.