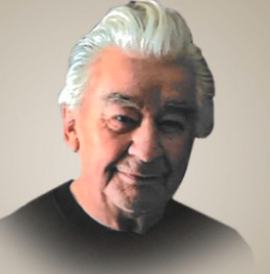 It is with great sadness the family of Joe Vacca announces his unexpected passing on February 13, 2021.

Joe was born on January 16, 1940 to Giuseppe Vacca of Castlepetroso, Italy and Clara Skinaway of Nipigon. Joe and his siblings resided with their parents in Ignace, ON, until they all moved to Raith, ON where Joe met the love of his life, Theresa. They were married for 54 years and raised their family in Raith, ON. Joe worked a variety of jobs until he became a foreman for CP Rail, Raith and later working for CN Rail, Raith as a foreman for 25 years until his retirement.

Joe loved to be around family and friends. He had a friendly easy-going nature, always having a friendly smile for everyone and a joke or two. He would lend a helping hand to anyone who needed it. Joe’s family was his greatest joy. Joe and his sons Dean and Dan “Doots” would work on their trucks. For his daughter Alana, he was always there for her; before Joe left us, he built her a deck.

Joe lost his wife Theresa two years ago. He tried to carry on but he missed her, as his son Dean said “dad wanted to be with mom for Valentine’s Day”.

Funeral Services for Joe will be held privately for invited guests only on Friday, February 26, 2021 in the Chapel of Harbourview Funeral Centre presided by Rev. Mr. Victor Pelletier and Tony Deperry at 11:00 a.m. Interment will follow in Mountain View Cemetery. For those unable to attend, please visit www.harbourviewfuneral.ca to view the services live or at a later time.

In lieu of flowers, expressions of sympathy may be made to the Dew Drop-in.

A sincere thank you to all our relatives, friends, and neighbours.