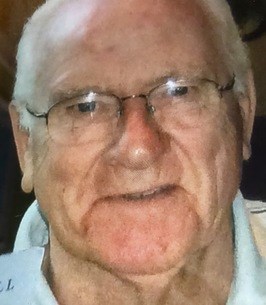 Through the stars on a sojourn to the heavens, arose the soul of Dr. John “Jack” Holmes Kelleher in the early morning of July 28, 2020.

Gentle, kind of heart and spirit, exuding love, laughter, generosity, compassion, holding steadfast to the value of education, seeing the best in people and in life, Jack was our cheerful faithful loving devoted dignified father, grandfather, great grandfather and husband. We will be ever thankful to God for having him in our lives.

Wee John Holmes Kelleher or Jackie as he was called by his family, was the sixth of eight children born to Rueben and Florence Holmes-Kelleher at their family home with the letter K carved into the shutters on the corner of Lorne Ave. and First St. in Brandon, Manitoba on Tuesday, September 29th, 1931. He was their last child to be born at home.

Being particularly close to his Mother as he grew up, Jack listened intently and learned a great deal from her. She regularly espoused the value of education, often telling her children that education was no load to carry. During his childhood in Brandon he was educated by Catholic nuns through elementary school. Jack spent his high-school years at Pere Athol Murray’s Notre Dame College in Wilcox, Saskatchewan where he continued to learn strong Catholic values, play hockey and gain life long friends, including Maurice Tremblay and Bête Stefan (later Tremblay). After graduating from high school he went on to Brandon University to earn a Bachelor of Science degree and then earned a Bachelor of Arts degree from the University of Toronto.

Upon graduation, he accepted a teaching position at a private Catholic high school in Ottawa where he honed his science teaching skills, focusing on Chemistry and Biology. Jack dedicated himself to his education thoroughly and spent numerous summers taking courses at various universities in southern and southwestern Ontario in order to become a certified Honours Specialist in both Biology and Chemistry. After spending a number of years teaching in Ottawa, he began looking for opportunities that would bring him closer to his family in Brandon. His friends from Notre Dame, The Tremblay’s had settled in Thunder Bay, Ontario and told Jack of teaching opportunities in the isolated Northern community.

Jack soon accepted a position teaching Chemistry and Biology at Westgate high school. While teaching, he was instrumental as a union steward in getting teacher pay spread over 12 months instead of the standard 10 months. He taught there for a number of years before again feeling the pull of higher education. The early 1960’s was a time which abounded with opportunities for people with Science backgrounds to expand their education in the United States. Jack again looked for an opportunity to be geographically closer to his family in Brandon and to his parents who spent numerous months in Zapata, Texas. He was accepted to graduate studies in Science at the University of Texas at Austin. Soon after arriving, he felt the university was too big and city-like, which did not appeal to him. He then left Austin and enrolled in the Master of Science Teaching program at the University of North Dakota at Grand Forks. After a few years of diligent studies he obtained a Masters degree. With the opportunity to earn a PhD availing itself, Jack made this his educational goal. Again, after studying and devoting himself wholly, he attained his PhD in Science from UND.

Upon completing his dissertation, Jack returned to Brandon and proposed marriage to his girlfriend, Marion Skoblack. Jack and Marion were married at St.Augustine’s church in Brandon on August 15th, 1970. Soon after marrying, Jack was offered faculty positions at several universities in Western Canada and one in Northwestern Ontario: Lakehead University. Again, he made his career decision based on the geographic location to his family in Brandon. His tenure of teaching Science and later computer technology at the Faculty of Education at Lakehead University lasted for 25 years.

Jack took his Mother’s words and transformed them into a beautiful career in education spanning 40 years. He was a brilliant, natural and passionate learner who passed his love of learning and curiosity onto his family. He would continue to engage in spirited discussions surrounding pedagogy and academics for years to come.

Living in Thunder Bay for numerous decades, Jack was a dedicated member of numerous Catholic parishes. For the last two plus decades he was a member of St.Peter’s church in the East end. Through his retirement, Jack regularly volunteered his time to assist the parish priest with various masses and he gave readings at mass as well. He thoroughly enjoyed spending his time there. He took great pride in his Irish Catholic faith throughout his life and he was the humble embodiment of these ideals.

Jack lived his life in accordance with the prayer of St. Francis of Assisi:

By nature, Jack was a rare confluence of extrovert and introvert. As much as he enjoyed people, he also enjoyed the quietude of his home and his family. To live up to his Mother’s teachings, he continued to keep his mind sharp by reading the bible, books and a multitude of worldwide newspapers daily.
Jack enjoyed a beautiful life with his family. He and Marion travelled throughout the world together and with their families. In 1994, Jack travelled with his siblings and their spouses throughout Ireland and Northern Ireland seeking ties to their ancestry. Of this trip he said, it was important to see where our ancestors had come from.

Living a full and honourable life is something many do not experience. Jack did both. Along the way, he achieved much and gave much. The solace at the end of his full life on earth is knowing that he and Marion, his family and friends that have gone before him, are now reunited in the heavens above.

John Holmes Kelleher is survived by the daughter he named Colleen Dara (Peter) of Toronto, his son Paul Cameron (Charlene) of Armstrong and his daughter Robyn of Thunder Bay and his cherished grandchildren Brandon, Dustin and Jessica (Scott) of Orangeville, Ontario and their three young children. He is also survived by his two younger siblings: Patrick and Twyla, their spouses and numerous nieces and nephews throughout the country, and his close friend Jerry Morettin. John was predeceased by his love Marion in 2016, his parents, Rueben and Florence, sisters June, Dawna, Gloria, Mae and his older brother James, as well as his life long friends Maurice and Bête Tremblay.

Visitation for family and friends will be held on Tuesday, August 4th from 5pm to 7pm in the Blake Funeral Chapel 200 May Street South, with a Vigil Prayer service beginning at 7pm. The funeral services will be held on Wednesday, August 5th in St. Peter’s R.C. Church where family and friends will gather for Funeral Mass beginning at 10:00 am, celebrated by Rev. Joseph Arokiam. Interment in the family plot at Brandon Cemetery will follow soon after.
Should you wish to attend the visitation or service please RSVP at https://memorials.blakefuneralchapel.com/john-kelleher/4287838/index.php as the number of attendees is restricted.

As directed by the Province of Ontario and the Bereavement Authority of Ontario, the attendance at the funeral/visitation is restricted to 30% capacity or less and a record of attendance must be maintained. Wearing of masks or face coverings by everyone and maintaining social distancing of 6 feet is mandatory for those attending the services.

Jack believed strongly in helping others, as such please consider making a donation in his name to Notre Dame College in Wilcox, Saskatchewan or St.Peter’s Catholic Church in Thunder Bay, Ontario.