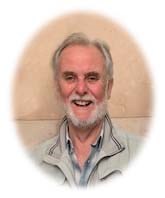 An announcement is made of the passing of John by his loving wife Gaynor – peacefully in his sleep.

John was born July 4, 1942 in Aberdeen, Scotland and spent his working years in the Merchant Navy U.K. and later in the U.S. & Canada as a Stevedore Manager.

He is survived by his daughter Sara (Lowell) and granddaughters Thalia and Maia, sisters Sally (Peter) and Lynne (Leon), brother Richard (Dianne), nephew Robert and others in the U.K. A service will be held in the First Presbyterian Church, Walsh and Grey Street, on Wednesday, June 12, 2019 at 1:00pm. In lieu of flowers, donations to the Canadian Heart and Stroke Foundation would be appreciated.