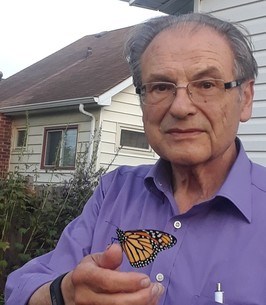 Mr. John Wreszczak passed away peacefully at the Thunder Bay Regional Health Sciences Centre on the early morning of January 30, 2020. He was 74 years old.

John was born in Braunschweig, Germany on January 3, 1946. John and his mother, Wiktoria, immigrated to Canada in 1960 as part of the Canadian government's post-war family reunification initiative and settled in Fort William.

John worked hard to learn English, and attended Ogden Street, St. Peter's and Selkirk High School. After graduating from Grade 13, John enrolled in the Lakehead Teachers' College, whereupon graduation in 1969, he was hired by the Thunder Bay District Catholic School Board. Later, John achieved his Master of Education Degree at Lakehead University. He played many important roles within the school system: teacher, teacher- coordinator, vice-principal and principal.

John and his wife Chris were both tireless volunteers. They dedicated much of their time volunteering for such organizations as Red Cross, Canadian Cancer Society, Thunder Bay Museum, RFDA, National Trust of Great Britain, and the Royal Canadian Legion - Polish Combatants Br# 219. Their most recent volunteer work was with New Life for Old Bags - using old plastic shopping bags to make mats for the homeless, and facilitating workshops to share this skill.

John received many awards and notes of recognition for his volunteer work. He was particularly proud of the Meritorious Service Award from the Royal Canadian Legion and the Cross of Merit from the Polish Government in Exile for his work on behalf of the Polish Community.

John will be greatly missed by the love of his life and travel companion, Chris, to whom he was married for 50 years. He will also be greatly missed by his daughters Victoria (Bruce, Madison and Lauren) and Jennifer (Robert and Murphy), and his son Matthew (Anna, Kaitlyn (Luke), Kennedy, Katerina and Justin).

In lieu of flowers, if so desired, donations can be made to the Thunder Bay Public Library, the RFDA or Shelter House.

A service will be held Monday, February 17th at 11am at St. Paul’s Anglican Church 808 Ridgeway St. (across from McKellar Place). Arrangements have been entrusted to Simpler Times Cremation Centre, 332 North May Street, Thunder Bay.