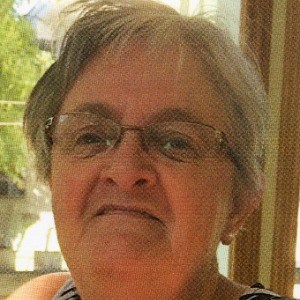 The family of Lois Mary Johnson is saddened to announce her sudden passing the morning of July 14, 2020, with family at her side.

She grew up in Fort William and spent her summers with cousins at camp. During her youth, Lois took piano lessons from the lady who would become her mother-in-law. She finished her education at Fort William Selkirk Collegiate and she worked at a number of banks before and during married life and retired from banking in the 1990s.

Lois married Eric (Rick) Johnson in August of 1964. With Eric in the military, they lived in many places in Canada, including Winnipeg, Thunder Bay, Petawawa, and Calgary. In 1982, Eric retired from the military and the family returned to Thunder Bay.

One thing that made Winnipeg memorable was the arrival of her first son, Eric. It was on a blustery winter’s day in January 1966, with a windchill of -88°F. Her second son, David, was born in Fort William, on her anniversary date in August 1967. It was much warmer.

Lois and Rick travelled broadly. Their adventures included many places in Canada and the US. Their world travels included trips to Europe, Egypt, the Caribbean and an Alaskan cruise. One of their most memorable excursions was an extended holiday across the Pacific which stopped at Hawaii, Fiji, Australia and New Zealand. Lois’s final trip with Eric was joined by friends from New Zealand, cruising down the St. Lawrence River from Montreal to Boston.

Lois enjoyed caring for her husband, square dancing, doing jigsaw puzzles, playing euchre at West Thunder, and playing bridge at 55 Plus, while visiting with family and friends. Lois and David spent many happy hours together in this pursuit. She also enjoyed the occasional trip to a casino which was offset with regular attendance at St. Paul’s Anglican Church.

Lois was an amazing cook. One of her special talents was making pies (for Eric). As great as she was at cooking, Lois always enjoyed the meals prepared by her son David.

Pre-deceased by her parents, Roy and Mary Eves, Lois is survived by her husband Eric, Brother Bill, sons David and Eric (Kimberly) and grandchildren Craig, Steven and Kelly, and numerous nieces and nephews.

The family appreciates the staff at the Thunder Bay Regional Health Sciences Centre, her GP Dr. Edwards, and Archdeacon Deborah Kraft of St. Paul’s Anglican, for their care and support.