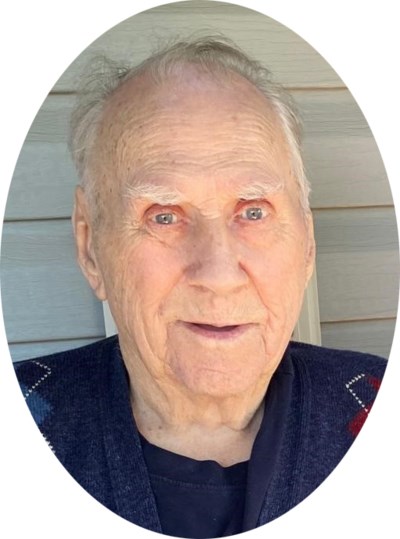 On April 3, 2021, the day after his birthday Louis Van Ramshorst passed peacefully into glory with his wife Hennie and oldest son Bert by his side at Pioneer Ridge. We are thankful to God for his 93 years of life! God was with him always and guided him through all of his life’s challenges.

One of 11 children, Louis was born on April 2, 1928, in Nijkerk, the Netherlands. Louis immigrated to Canada in 1948, first to Portage Le Prairie, Manitoba, then moved to Fort William a few years later where he married Hennie Tempelman in 1955. Together they operated a dairy farm in Murillo until, in 1963, he was badly injured in a serious train accident after which he could no longer farm. After a lengthy recovery, Louis worked as a truck driver until another major accident in 1969 nearly took his life. After another lengthy recovery which included multiple surgeries, Louis worked as a parts delivery truck driver, pulp truck driver, and mail truck driver as well as opening up and running a gravel pit on his property on Arthur Street until he retired. Louis and Hennie spent many years traveling together and particularly enjoyed Snowbirding in Winter Haven, Florida, where they made many good friends.

Louis never sat still! Whether he was working in the yard, doing reno's on his home, creating garden furniture for his grandchildren, building beds and decks, or doing woodworking, Louis always had a project on the go. One of his last projects was building a white picket fence around his property, something his wife always wanted. Louis loved to tease and joke around with people. He never complained about any of the challenges he faced in life, but accepted them and continued to move forward, often joking his way through it all. Louis was a faithful member of First Christian Reformed Church and a strong supporter of the Thunder Bay Christian School. Louis loved the Lord and could usually be heard singing hymns and songs while he worked. Singing became his greatest comfort as he was loosing his ability to communicate and life became increasingly difficult for him in the last couple of years.

A private memorial service will be held on Saturday 10th April at 2:00pm at First Christian Reformed Church, officiated by Pastor Harold DeJong. Live Stream will be available at “http://fcrctbay.ca/live” . Private interment will take place after the service. Private visitation. Donations may be sent to Thunder Bay Christian School or Alzheimer Society Thunder Bay.