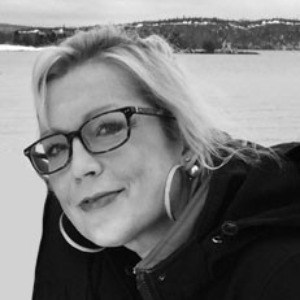 Our beautiful Maegen’s spirit is free at last.

Born Maegen Morrison on June 20, 1980, the loving daughter of Angus and SueAnn Morrison. Maegen grew up in Thunder Bay, Ontario where she attended Vance Chapman Elementary and Hillcrest High School.

In the words of Maegen “you weren’t living unless you had a good book”. She discovered her love for reading at the age of 10 and from then on you could often find her face buried in a book. Her passion for reading lead her to Lakehead University where she obtained a degree in English, and found a joy for correcting her mom’s spelling.

Maegen was funny, vivacious and quick witted. Her gift for gab and infectious laugh could draw anyone into an unforgettable conversation. Her father and best friend, Angus Morrison, will surely miss her daily phone calls filled with witty comebacks and playful banter. Those who knew Maegen, even just a little, lost a shining light in their lives.

From an early age she loved to spend her time basking in the sunshine on the beaches of Lake Superior with her family and friends. Maegen married Tam Fryer on November 29, 2011 on the beach in Jamaica, her favourite place. She came to create a beautiful and peaceful home on Birch Beach where she spent her summer days soaking up the sun and making waves with her family.

Maegen cared about people in the purest way. She loved for who you are, without guile or asking anything in return. Her gentle soul and ambitious nature guided her to Confederation College where she graduated from the Personal Support Worker program and pursed a career at St. Joseph’s Care Group.

She will always be remembered for her striking green eyes, contagious smile and compassionate personality. Maegen had a capacity to bring happiness to others; charming, generous, and fun loving. The world is a lesser place without her.

We know Maegen is now with her grandparents, Larry and Shirley Johnson; grandmother, Emily Morrison.

As Maegen would say, “I love you to the moon and back”

Maegen’s service will be held privately.