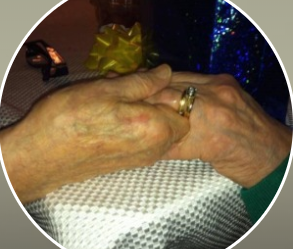 Born in Fort William, the fifth child of Scottish immigrants, Peggy attended Franklin Street School, Fort William Collegiate Institute, and Business College, working for the Children’s Aid Society prior to the birth of her children. When her children were grown, she began working at Coles Bookstore, feeding her own love of books and cultivating that love in others. Peggy was always at the center of her large extended family and, as an avid cook and baker, she made sure to bring everyone’s favourites to family gatherings, sharing recipes with anyone who asked. She was an active member of knitting club, St. Aidan’s Church Group at St. Andrew’s, and her Magnus Theatre group, and spent many years volunteering at the Thunder Bay Shelter. In addition to her numerous social activities, Peggy spent her retirement with her husband of 67 years always by her side, playing word games, cultivating their beautiful garden, and watching her beloved Toronto Maple Leafs. Those who knew Peggy knew her selflessness; she always put others first, meeting their needs before her own. The world has lost a treasure.

The family would like to thank the staff of Hogarth Riverview Manor.

Tributes, if desired, can be directed to Parkinson’s Canada, St. Andrew’s Presbyterian Church, or a charity of your choice. As per Peggy’s wishes, cremation has taken place with a memorial to follow in the summer.