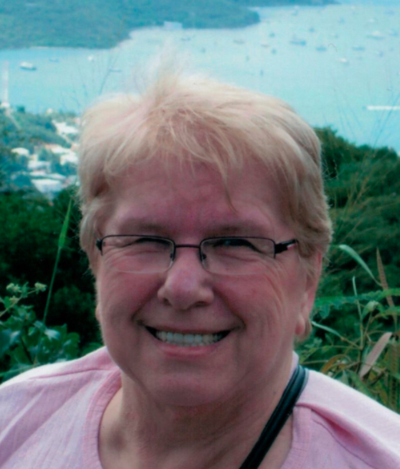 Peacefully and surrounded by her family, Margaret (Marge) Kohler was called back home on November 13, 2020 at St. Joseph’s Hospice. Marge was born on March 8, 1937 in Fort William, Ontario. She married her one and only true love, Melbourne (Mel) Kohler, on Oct 4, 1958, who preceded her death on March 16, 2013, and together they raised three beautiful daughters.

First and foremost, Marge was a dedicated mother and Nana. She treasured and embraced every moment with her children, grandchildren, and great grandchildren. Marge had an honest and vivacious personality, and could easily make friends everywhere she went. Marge was also a devoted and faithful catholic, and enjoyed attending Saturday evening services at St. Peter’s Catholic Church. She also enjoyed meeting with her family and many friends and talking with the staff at Sweet G’s Restaurant, where she often went for coffee on more than one occasion. Marge also shared her love for knitting and sewing at local craft shows, as her hands were rarely ever still making anything from mittens to dish cloths to even Swiffer covers. She also loved to share her love for cooking, making her delicious cabbage rolls, spaghetti sauces, and Chruscikis; as well as, going to Bingo with her friends and family.

Margaret is survived by her children Kelly (Doug) Kushner, Jodi (Larry) Steinhoff, and Stacey Kitching; grandchildren Brieanne, Cameron, Kyle (Jordan), Crystal (Chris), Colten, Carisa, Arianna, and Kiarra; and her great grandchildren Peytin, Addisyn, Jack, Avery, Cullen, and Dawson. She is also survived by her sister Anne Ferguson, and her sisters-in-law, Olga Bistrican and Noreen Kohler; and is predeceased by her many family members and devoted husband, Mel Kohler.

Interment of Ashes and Funeral Mass will be held at a later date, as per Marge’s request. In lieu of flowers, donations may be made to St. Joseph’s Hospice, Thunder Bay Regional Cancer Centre, and St. Peter’s Catholic Church. Arrangements have been entrusted to Simpler Times Cremation Centre 332 North May Street, Thunder Bay.