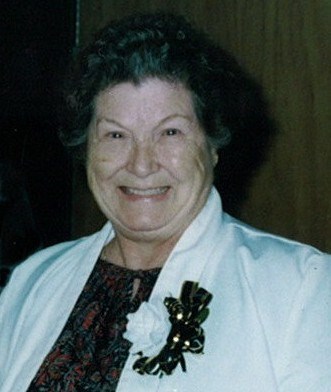 It is with deep sorrow that the family announces the passing of Mary Irene Drappo, nee Whitlock at 88 years of age.

Born October 16th, 1921 in Huntsville, Ontario, she spent her early years in Timmins. Mary married Wilfred in 1940 and moved to Thunder Bay in 1945 with their three children.

Mary was a devoted mother and homemaker. She loved gardening, her family, reading, and her faith as a Jehovah’s Witness. She also spent many hours taking care of the animals on the farm, which included her pet duck "Daffy".

Funeral Services will be held Tuesday, January 5th, 2010 at 1:30 p.m. in the Chapel of Harbourview Funeral Centre, 499 North Cumberland Street, officiated by David Alander of Jehovah’s Witnesses. Interment will follow in Riverside Cemetery. Visitation for family and friends will be held one hour prior to the time of Service. If friends so desire, donations may be made in Mary’s memory to the Heart and Stroke Foundation, or to the Canadian Diabetes Association, Northwestern Ontario.