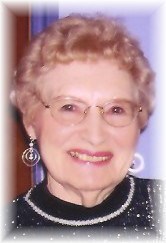 On Friday, October 9, 2020, our beautiful mother, grandmother, great grandmother, Muriel Jessie Kropelin (previously Bylund) (nee Fulton), passed away peacefully with her family by her side at the amazing age of 105 (and a half!).

Muriel was born on March 7, 1915 in Fort Frances, Ontario to Margaret and Leland Fulton. She had one brother George. After high school she attended Teachers College in North Bay, graduating in 1933. She taught at many rural schools in northern Ontario, all grades and subjects in conditions unheard of in today’s standards.

Muriel married John Bylund in 1936 and worked full time as a teacher while they ran a farm and raised two children, Jack and Sharon. In the late 60’s she retired from teaching in Fort Frances. She and John purchased the Stanley Hotel where Muriel served the customers and entertained singing, playing the piano and accordion. When they sold the hotel, they moved to Wabigoon. When John passed away Muriel moved back to Fort Frances. In 1980 she married Fred Kropelin and the two spent many happy years fishing and travelling, spending winters in Bonita Springs, Florida. After Fred’s passing, she moved to Thunder Bay and lived in Patterson Apartments for over 20 years. She continued to travel to Florida where she met Jim Harris, with whom she also shared a special relationship. (When you live to be 105 you can accumulate a few husbands!) At 100 years of age, she moved to Chartwell Isabella, and then to her final home at Southbridge Pinewood.

Muriel was intelligent, independent, hardworking, happy, positive and FUN! Family gatherings and celebrating special occasions were very important. She loved being with people. Not surprising, throughout her life Muriel had many close girlfriends including the ladies at Patterson Apartments and in her exercise class. When asked her secret to a long healthy life she would say “Eat your vegetables, keep moving and always look on the bright side.”

She was a member of First Wesley United Church, the United Church Women and the Retired Teachers of Ontario. She was also a dedicated volunteer at the Food Bank, the Regional Hospital, Grandview Lodge, 55 Plus Centre Visitor program and knitted for the Red Cross for many years.

We extend our heartfelt thank you and appreciation to the staff at Blue Heron at Southbridge Pinewood. When we could not be with her over the past six months, we felt some relief knowing how good she was cared for while she was there.

Per Muriel’s wishes, cremation has taken place and a private family service was held. She will rest at the Riverside Cemetery in Fort Frances, Ontario. Arrangements have been entrusted to WESTFORT FUNERAL CHAPEL, 420 West Gore Street at James.

If friends desire, memorial donations could be made to the Shelter House, or a charity of your choice.

We loved you Muriel. Cheers to a great life! You were an inspiration to everyone!