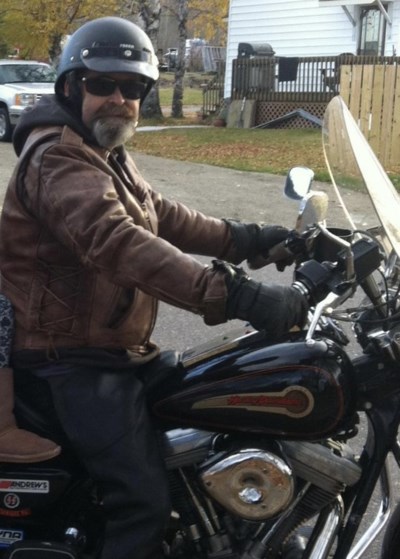 Nelson was born in Nipigon, Ontario where he worked over 30 years in the Red Rock Mill before they closed. Nelson was known for his avid Harleys and love of riding. He loved taking road trips with his many friends. Many years were spent riding to Sturgis (South Dakoka) every summer for bike rallies with friends.

The light of Nelson's life was his grandkids. they made him very proud. Nelson is survived by his daughter Jennifer Belisle (Todd Dampier), granddaughters Taylor Yvonne Belisle, Chloe Rayne Belisle and his sister Elaine Belisle. Predeceased by his father Omer Belisle, mother Laura Sequin-Belisle, sister Gilberte Belisle, brothers Lawrence Belisle and Benny Belisle. Nelson has many cousins and very close friends that he cared so much for.

He was taken away from us to soon, now all we have are the memories to share with each other. Nelson
will always be loved and never forgotten.

As per his wishes he has been cremated and a celebration of life will be held at a later date. Arrangements have been entrusted to Simpler Times Cremation Centre 332 North May Street, Thunder Bay.