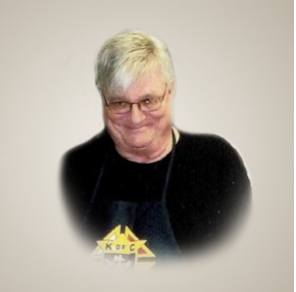 Patrick James “Paddy” Morrissey, age 69, formerly of Thunder Bay passed away, with his wife Alison (Ally as he liked to call her) and family at TBRHSC on Thursday, September 10, 2020 after his courageous struggle with cancer. Pat was born in Port Arthur, Ontario, July 31, 1951 to Clayton and Rosalie (Rose) Morrissey. At 12 years, his family moved to Red Rock, Ontario. It was there that he grew up to the man everyone fondly got to know as “Paddy”, no not “Patty” that’s a girl’s name.

Pat’s worked in the town’s paper mill but due to his Ankylosing Spondylitis a new career emerged. After attending Lakehead University – Social Work Programme, he worked at the Workman’s Compensation Office until his early retirement due to his chronic health problems. Never letting these “pesky maladies” stop him from a full and active life, he began this new chapter by joining Thunder Bay’s 55+ Centre on River Street, where he spent many an hour in the company of a wide variety of folks attending the Centre. He often found himself coffee clatching with his harem of older ladies. But it wasn’t all play. He also became a volunteer at the centre in the kitchen and a board member of the Men’s Fix It Club until a few years back. As well he was involved with the March of Dimes Post-Polio group and a member of the Knights of Columbus and became not only a frequent volunteer at the Dew Drop Inn (soup kitchen) at St. Andrew’s RC Church but a Board Member. In addition, his talents and zest for life were shared with his friends and neighbours in the Castlegreen Co-Operative Housing community, where he lived for many years acting as his block’s representative, helping with community activities such as the Canada Day celebrations and coordinating a weekly luncheon get-together at their Community Centre. Paddy enjoyed food; shopping for it, preparing it and of course savouring it. He loved to share the good times and people associated with food. No matter where he went, Paddy engaged with those around him and before you knew it he had a new friend. This gift was a wonder to behold; a skill to be learned and practiced, mainly because of the kindness and generosity that this man shared. It has been an honour to watch the master in action. Another two loves of his life were gardening and his pets. His two cats, Tigger and Squirt, are here with him today.

He is survived by his wife, Alison, sisters Sandra (David), Terri-Lyn (Grant) of Red Rock, brother Curtis (Alice) Gibsons, BC, numerous nephews, nieces, two great nephews and one great-niece. As well as Alison’s children, Sarah-Lynn and Parker Locke (Kelli-lyn) and Sarah-Lynn’s two daughters and his Mother and Father-in-Law, Conrad and Carol Parker.

Funeral services will be held in the chapel of Harbourview Funeral Centre on Wednesday, September 16, 2020, presided by Fr. Ciaran Donnelly of St. Margaret Church at 11:00 a.m. with interment at St. Andrew’s Cemetery.

Please visit www.harbourviewfuneral.ca to view the services live, or you may watch it at a later time as it will be archived on this same site.

As directed by the Province of Ontario and the Bereavement Authority of Ontario, the attendance at the funeral is restricted to 30% capacity or less and a record of attendance must be maintained.

Wearing of masks or face coverings by everyone is and maintaining social distancing of 6 feet is mandatory of those attending the services.

The family would like to thank the outstanding teams of care givers at both THBRHSC – Oncology 1A for their humanity and the Ottawa General Hospital – BMT Unit who spent many months trying so hard to continue Paddy’s full and loved life. Thank God for you all! If desired friends may make memorial contributions to the Dew Drop Inn, Operation Smile Canada or the War Amps – Champ Program.