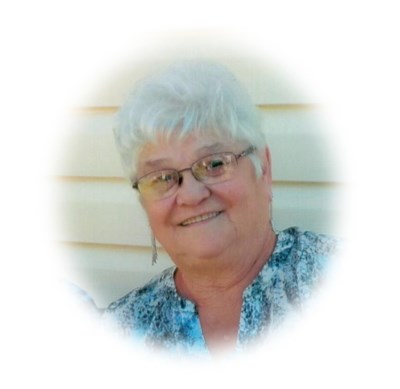 Mrs. Peggy Wark, aged 75 years, passed away peacefully in her home on Thursday, May 14, 2020 with her family by her side.

Peggy will be missed dearly by her five children Tracey Wark, Debbie Enders, Mike Wark (Paula), Bradley Wark (Angel) and Brenda DeVente (Dave). She will also be missed by her 14 grandchildren and 3 great grandchildren along with many other family members and friends. Peggy is predeceased by her husband Bob Wark, her parents John and Sadie Lane, brothers Vern Lane and Earl Lane and sister Hazel Sutton. Peggy is survived by her sisters Vera Hansen, Irene Sitch (Harold), Helen Hansen (Gilbert) and Betty Lesnick (Fred) and her brother Glenn Lane (Roberta).

Peggy worked several jobs over the years including Skyline, Grandma's and the Galaxy just to name a few. But in her later years, she enjoyed spending time with her family and her many friends. She enjoyed going to dances with her sister Vera and her friend Ruth. She enjoyed listening to country music and watching her game shows.

Respecting Peggy's wishes, cremation has taken place and a private family ceremony will be held at a later date.
If so desired donations in honor of Peggy may be made to the Northern Cancer Fund.