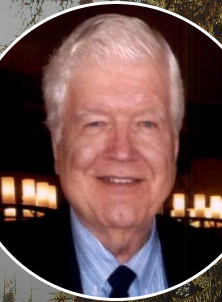 Redfern Walker, passed unexpectedly of a heart attack in his home on October 13, 2020 at the age of 77. Born July 23, 1943 in Fort William, Ontario and employed as a bus driver for the City of Thunder Bay for 28 years. The love he held for others and his steadfast belief in Christ’s Eternal Kingdom provided a light and laughter that shone through him.

On April 1, 1967 he married the love of his life, Beverly Nelson. He is survived by his wife; brother-in-law Marvin Nelson and two daughters Gayle Smith (Mike) and Arlene Walker. He provided unconditional love to his grandchildren: Dayton, Connor, Brayden, Aubrey Smith and Michael McCutchon. Also survived by his siblings: June Bryant, Marie Dawson-North (Dudley) and Raymond Walker (Sandy) as well as nieces, nephews and the McKay family. Predeceased by his parents Robert and Maria Walker and in-laws Martin and Elizabeth Nelson.

COVID restrictions only allow 90 persons to attend. If you would like to attend, please reserve a seat by calling Westfort Baptist Church at 807-623-0021.