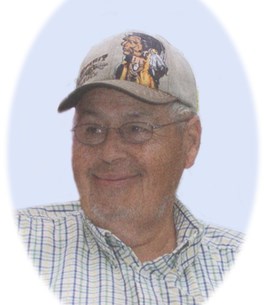 It is with heavy hearts and sadness and more of a spiritual blessing that the family announce the passing of “Fuzzy” on January 9 in Bethammi Nursing Home. Ronald preferred to be called “FUZZY”. It was a spiritual blessing due to the fact that in spite of his determination to live life as he felt it should be, he was close to God in his own way.

Fuzzy was with the Jesuit Order for eight years until he moved on. He was an honorary life member of Knights of Columbus No.7332 here in Thunder Bay. He was also a member of Saint Anne’s Church at the Fort William First Nation. He also volunteered to coach in the Westfort Baseball Little League. Kateri Church of Thunder Bay will be dedicating the access ramp for wheelchairs and senior citizens in Fuzzy’s name because of his financial support to have it built. Fuzzy assisted as a resident Chaplain in Mckellar Place for seniors. He organized a section of the fourth floor in Mckellar Place for Communion Services and Stations of the Cross for residents. He also assisted in the distribution of Holy Communion for those whom couldn’t make it Mass.

Fuzzy was active as an advocator for the residents of Bethammi Nursing Home. His last act of kindness in Bethammi was to assist in organizing this year’s Christmas Dinner for the Residents. In his own unique way he developed a friendship with many residents and staff. He assisted both Hogarth Hospital and Bethammi Nursing in Native group sharing. Fuzzy had an Eagle Staff made up which will be presented on his behalf to Hogarth Hospital in the month of January. Fuzzy was employed with the Fort William First Nation as a Police Officer. He also worked as a night watchman. He drove bus with Happy Time Tours for 7 years. He also was a laborer and heavy-duty operator with Jen Peg of Manitoba.