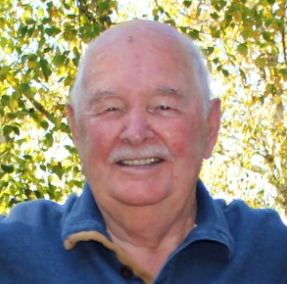 It is with deepest sympathies that we announce the passing of Mr. Ronald Orr of Thunder Bay. Ron passed away peacefully in Southbridge Roseview on November 27th, 2019.

Ron was born in Fort William, Ontario July 21, 1933, where he grew up with his parents Leslie and Mary Orr and his two siblings Alfred and Shirley. He then met Shirley Monty (the love of his life) at the age of 18. They were soon married and began the next chapter of their lives. They had 4 children fulfilling the continuation of their legacy.

Ron started with the Fire Department on January 1, 1958 and was employed there until he retired on March 26, 1990.

After official retirement Ron and Shirley then ventured into untested waters by building and operating Orr’s Place, a remote country store on Hwy 527 for approximately 5 years. During that time they established a successful and solid business, met a lot of people and developed a lot of strong relationships

Then it became time to travel and enjoy the years of hard work and dedication. They travelled to Europe and San Francisco. Vegas, Florida and Hinckley being their main destinations. It seemed Ron liked collecting pictures of the spring break beauties and himself usually taken by Shirley. Quite the hobby.

Between the Florida visits he spent a lot of time drifting and fishing on the waters of McLeish Lake where his summer time retreat was located.
He then slowed down from travel and stayed a little closer to home to enjoy his grandchildren which was a big focus of his enjoyment.

Ron is survived by his brother Alfred (Joan) Orr, his sister Shirley Delin as well as numerous cousins, nieces and nephews.

Ron was predeceased by his loving wife Shirley, parents Leslie and Mary Orr and brother in law George Delin.

The family would like to express deep gratitude and appreciation to Dr. Zavagnin his family physician for the care she gave our dad, TBRHSC, St. Joseph's Hospital, St. Joseph's Heritage, Hogarth Riverview Manor (TCU) and Southbridge Roseview for all their care and compassion.

Funeral Services for Ron will be held at 11:00 a.m. on Wednesday, December 4, 2019 in the Chapel of Harbourview Funeral Centre officiated by Reverend Robert Smith. Visitation for family and friends will begin one hour prior to the service.

In lieu of flowers, donations may be made to a charity of choice.