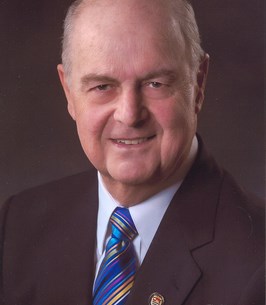 The family of Roy H. Piovesana is heartbroken to announce his passing the morning of January 20th after a massive heart attack. He was 77 years old.

Roy was a man who cared deeply about many things. A love of music started early with saxophone lessons at age eleven. He started playing professionally at the age of 15 and that continued until the night before his passing at a Roy Coran Big Band rehearsal.

From a young age he enjoyed many political discussions with his father which resulted in a passion for the study of history. He attended Lakehead University earning his MA (history) in 1969. He taught history at both Westgate and Hammarskjold High School where he enjoyed mentoring countless students. His love for photography is exemplified by many team portraits still hanging in the corridors.

In 2015 he was humbled to become a Fellow of Lakehead University when he and members of the first graduating class celebrated LU’s 50th anniversary. Throughout the years Roy also cared about and dedicated himself to many other community organizations. He also served as a trustee with the Canadian Museum of Nature for eleven years.

Baptised and raised a Catholic, Roy ministered to his faith as a flautist at St. Dominic’s church masses and as archivist with Thunder Bay Roman Catholic Diocese.

Roy leaves as his legacy a number of historical writings including many articles and five published books. But the most important legacy he and his wife share is family.

Those wishing to make a donation in Roy’s name might do so to the Roy Coran Memorial Scholarship LU or any charity of choice. Funeral services will take place at St Dominic’s Church on Friday, Jan 24 at 11:00 am with a visitation time beginning at 10:00 am.