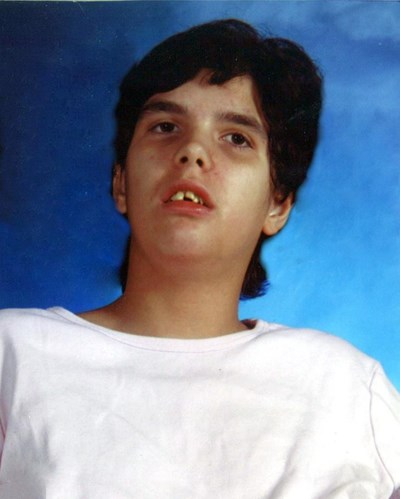 Stephanie Faith Belanger, of Dixon Street, passed away peacefully with her family by her side in the Thunder Bay Regional Health Sciences Centre on January 9, 2010 at the age of 23.

Stephanie's specialness affected & touched many lives at home and in the community.

Stephanie will be lovingly remembered by her parents Paula Belanger and Randy Mior, sister Nicole, step-brother Justin, "Nona" Joan Belanger and Grandparents Arthur & Christina Mior, along with numerous Uncles, Aunts and other relatives.

Following cremation, Funeral Services will be held at 1:30 p.m. on Thursday, January 14, 2010 in the Chapel of Harbourview Funeral Centre, 499 North Cumberland Street, officiated by Rev. Lloyd Ivany. Interment will take place at a later date. In lieu of flowers, donations may be made in Stephanie’s memory to the George Jeffrey Children's Centre, or to Wesway.

Special Thanks to Dr. Derbyshire for 20 years of exemplary care and support, as well as the staff of the pediatric outpatient department.

Thank you to Dr. Ahmed, Dr. Cload, and the ICU staff for the special care and support given to Stephanie during her time of need.