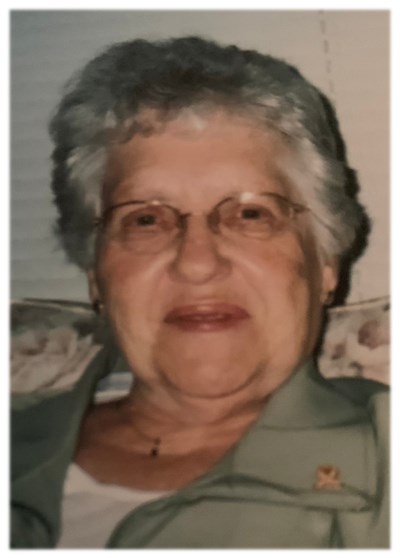 Velma was born and raised on the family farm in Slate River, where she learned the values of family and hard work. In 1946 she married Gerald Reeves, made their home in Fort William and raised two children Edward & Marlene. Velma began working at Palm Dairies and after experiencing a variety of jobs, enjoyed a career as ward secretary at McKellar General Hospital, retiring in 1988.

The camp which they built on Lake Shebandowan provided many good times with family and friends.

In the meantime, a move to Vickers Heights provided Velma with new opportunities to socialize with good neighbours and participate in activities at The Women’s Institute.

We most sincerely thank Dr. Garon and the staff of Hogarth Riverview Manor on 6-south Tulip for the exceptional care that Velma received.

Funeral Services for the late Mrs. Velma Reeves will be held on Wednesday, July 28, 2021 at 11:00am in the Westfort Chapel, 420 West Gore Street at James. Interment will follow in Mountainview Cemetery. A video recording of the service will be available on the Everest of Thunder Bay website beginning on Thursday.

Should friends so desire, in lieu of flowers, donations may be made in memory of Velma to the charity of your choice.