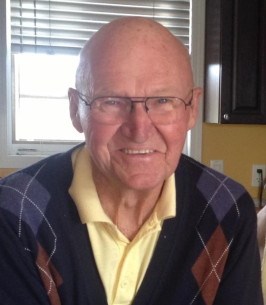 Victor Robert (Vic) Dahl, age 82, born on July 31, 1937, of Thunder Bay, formerly of Nipigon, ON passed away after a lengthy illness on Wednesday February 12th, 2020 at his residence at Pinewood Court with family by his side.

Vic was born in Nipigon and raised his family there. He was a volunteer fireman for seventeen years and worked initially at the Dpt of Highways for a couple of years and then for Domtar/Norampac as a papermaker on the paper machines for 37 years. Vic had a love for sports and a love for competition. He enjoyed playing hockey, fastball and bowling in his younger years, then transitioned to curling and golf, and then shuffleboard in his retirement years, all of which he excelled at. He also enjoyed watching his children play sports and when his daughter wasn’t allowed to play hockey with the boys back then, he and Bernice Hamilton spearheaded the effort to bring ringette to Nipigon, and spent many hours coaching his daughters team along with coaching his sons hockey teams. He was a hardcore Toronto Maple Leafs fan his entire life and a Toronto Blue Jays fan. If the Toronto Maple Leafs ever win the Stanley Cup again, you will know Vic & Steve Czigli had a Heavenly Hand in it. Vic & Faye enjoyed fourteen winters in sunny Arizona where they made many lasting friendships. Health issues put a stop to heading south and a decision to move to Thunder Bay was made to be closer to medical facilities.

Cremation has taken place and in keeping with Vic’s wishes, there will be no funeral service. Instead, Vic requests that you do random acts of kindness and cherish your loved ones. In his memory you can donate to your favourite charity, volunteer your skills, plant a tree, feed a bird, make someone laugh, plant some flowers and enjoy life to its fullest while you can. If Vic finds a patch of grass to tend to, he will surely be in heaven.

“Those we laughed with, learned from, leaned on and loved most will live on in memory forever”