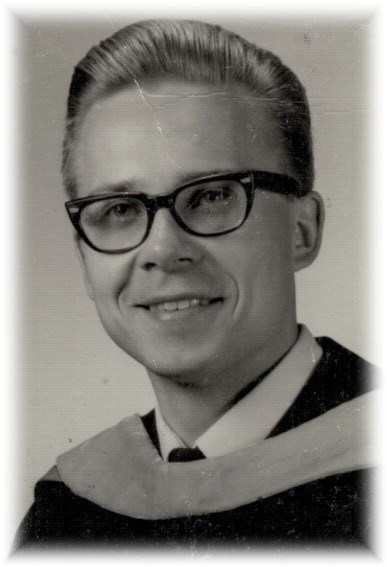 The family of Dr. Warren Wanson, age 80 years, announce with profound sadness his passing in St. Joseph's Hospice on January 6, 2021 after a brief illness.

An outdoorsman with many interests, he had a trapper's licence, and also taught gun safety courses for many years with local clubs.

At 14 years of age, he completed a course in taxidermy, stuffing several birds, fish, mammals, even a wolf's head for a district scout troop.

After completing a technical course in geology from Lakehead Technical College (L.U.), he went on to study in the U.S., receiving his M.Sc. in Biology from the University of North Dakota (Grand Forks), before continuing at the University of Nebraska (Lincoln) for a Ph.D. in Parasitology (Acanthocephala).

Returning to Canada (avoiding potential draft of foreign students during the Vietnam War), he started a 35 year career at Canadian Tire Corporation, becoming a longtime store manager, and mentor to many undergraduate student employees (often helping with the writing of scientific papers).

Those who knew him would describe Warren as absolutely honest, dependable, meticulous, generous, resourceful, independent and self-reliant, a thoughtful and soft spoken man with maybe a hint of Finnish “sisu”, that dogged determination bordering on stubbornness.

Warren is survived by his brother, Peter (sister-in-law Jean); as well as 6 cousins and their families.

He was predeceased by parents Gertrude (nee Toppi) and Walter; cousin Paul Lehto; as well as uncles and aunts. He also suffered the loss of his lifelong friend, John Aarnio, last February.

Warren's family wishes to thank the following for their outstanding level of care: Dr. Jim Scali (family physician), the I.C.U. teams at TBRHSC, and the palliative care teams at St. Joseph's Hospital.

As per Warren's wishes, cremation has taken place, with a private service. A celebration of life to follow when conditions allow. Arrangements are in care of EVEREST FUNERAL CHAPEL, 299 Waverley Street at Algoma.