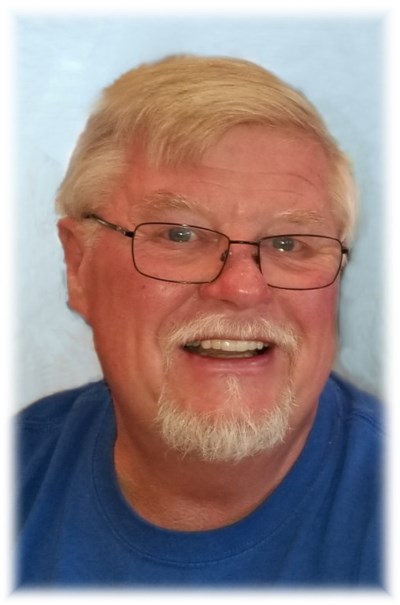 Mr. William “Willy” Skinn, age 66 years, lifelong resident of Thunder Bay, passed away peacefully at home with his family by his side, on Monday, October 12, 2020, after a very short battle with pancreatic cancer. Diagnosed with stage 4 pancreatic cancer on September 6th, 2020, Willy’s treatment options became very limited and his illness progressed rapidly. He and his family opted for care to be provided at home. Many thanks to the fantastic care providers at Para-Med, Medi-Gas, VON, the Cancer Center and the local LHIN. Care was provided quickly responding to his everchanging requirement in needs.

Willy was born on August 16, 1954 in Fort William to Bill and Terry Skinn. Growing up in the Westfort area he developed many lifelong ties to that community. He remains close friends with his “Moodie Street Gang” to this day. He attended Grey Park and Westmount Elementary Schools and Westgate High School.

Willy quickly found what would turn out to be “the love of (his) life” in Heidi Bachmaier. They dated for three years before being married in 1976. 44 years later Willy was just as much in love with his wife as the very first day.

Willy had an ability to keep himself busy at all times. He was an avid photographer and actually provided his expertise at many weddings. Willy enjoyed playing softball for many years. However, he will be remembered more for his sideline antics despite being a solid player. Following his retirement he provided his time to several charitable organizations and events, including; the Diabetes Association and Our Kids Count.

Willy treasured his time during the summer out at the lake. Willy spent at least 20 summers enjoying beers, fishing, swimming and laughs with his friends and family out at Cheeseman Lake. His last three summers have been spent with his granddaughters at Birch Point on Kashabowie Lake. He spoke often about how precious these last three summers were to him. Willy’s time fishing was quickly replaced with boat rides and tubing and his drinks around the fire turned into side by side rides with his granddaughters. “Papa” was happy at the lake.

Willy’s true passion was his motorcycles. This love began with his 350 Honda when he was in his early twentys. Willy moved through bikes increasing size and power right up until last year. Willy’s first new bike was a 1982 Honda Goldwing. Willy and Heidi travelled to many sidecar rallies throughout the states making new friends in all their travels. Willy brags to anyone who will listen that his daughter saw North America in the sidecar of that Goldwing. Willy and Heidi “graduated” to their first Harley Davidson in 2001. Willy was a proud member of the local Retread group and Harley Owners Group (HOG). He was proud to sit on the HOG executive as the Membership Secretary. They attended many rides and events associated with HOG. Willy just purchased his third new Harley October 2019 and regrets not getting to enjoy it as much as he had the previous two. He leaves behind his bike and many friends in the HOG community who have been fantastic supports through Willy’s illness.

Cremation has taken place and a celebration of Willy's life will be held on Tuesday October 20, 2020 at the DaVinci Center. Willy’s celebration of life will be a “come and go” visitation and people may come any time between 6:00pm–10:00pm. All are welcome to attend. As directed by the province of Ontario and the bereavement Authority of Ontario, the attendance is restricted to 30% capacity or less and a record of attendance must be maintained. Wearing of masks or face coverings by everyone and maintaining social distancing of 6 feet is mandatory for those attending this celebration of life.

Arrangements have been entrusted to the WESTFORT FUNERAL CHAPEL, 420 West Gore Street at James.

In lieu of flowers, donations to the TBRHSC Northern Cancer Fund would be appreciated.